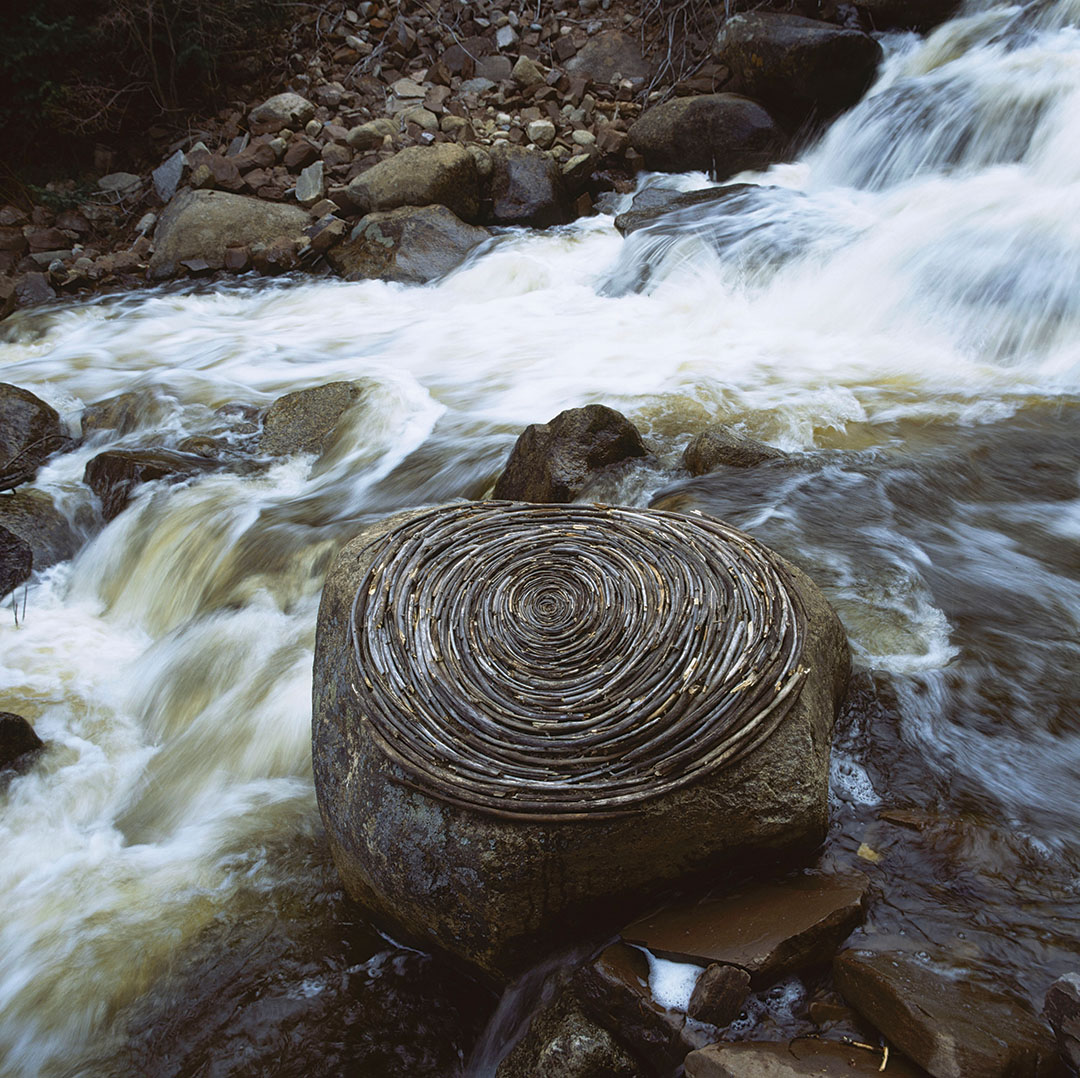 In an attempt to cool my psyche during an especially intense and smoke-filled early September heatwave, I re-watched the 1949 film adaptation of Frances Hodgson Burnett's "The Secret Garden." A childhood favorite, I remembered the beginning of the film vividly. In it, willful orphan Mary Lennox travels to rain lashed Misselthwaite Manor, the decaying British estate of her uncle and benefactor Archibald Craven. The film opens in the kind of thick black and white cinematography characteristic of the period, the effect akin to a charcoal drawing in motion. Eventually Mary discovers a hidden garden in the center of the property, uncovers a long-buried key, and opens the gate. After Mary and the manor's other children restore the garden to its original splendor, the movie shifts to gorgeous, soft focus technicolor whenever the characters enter the secret garden, which is lushly green with brightly colored flowers in riotous bloom.

While the pandemic has thus far felt similarly sketched in shades of dreary gray, October may signal the return of color as San Francisco's art galleries are open for business. Of course, many have already adopted online programs and by-appointment schedules to continue their work during lockdown. A particularly soothing virtual viewing room at Haines Gallery showcases "Ephemeral Works" created by U.K. artist Andy Goldsworthy during the spring and summer of 2020 at his home in rural Scotland. The viewing room opened in late August online and will continue indefinitely. The exhibition is a collection of new photographs that document gentle, often poetic temporary interventions in the natural environment. One that draws the mind back to the colorful Secret Garden is called "Dandelion Fence," an image of buttery dandelions woven into a line across the top of a long section of fence next to a country road. The bright flowers stretch to the horizon, generating thoughts of eternal repetition and renewal.
Andy Goldsworthy
"Ephemeral Works" - Ongoing
hainesgallery.com

Victoria Wagner's abstract mixed media wood sculptures generate a similar feeling of timelessness and return. Wagner's practice ponders creation; it literally transforms that which has been destroyed into new constructions. The artist's sculptures begin as chunks of wood, some scorched by the seemingly endless years of Northern California wildfire. She facets her material into geometric shapes, polished and painted in vibrant jewel tones that remind one of squinting into a yellow morning horizon or peering into a bright blue sky. These are assembled into totems that generate the same timeless effect of similar designs by indigenous peoples, recalling the ageless desire to reach out of the earth toward the heavens. Like Goldsworthy, Wagner's work contemplates the eternal.

Fraenkel Gallery's "I'm Not the Only One" collects images produced over the years by its represented artists and reimagines them through the lens of summer 2020. In this new context they become prescient contemplations on isolation and the desire for connection in the increasingly alienated geography of modern existence. The show's title comes from Mishka Henner's 2015 video of 18 people from around the globe performing the same song on YouTube. The composite image turns a solitary act into a group activity and looks uncannily like the inescapable Zoom rooms of today. Katy Grannan's 2018 photograph "Gerlach, Schatzi, Nevada" features a woman standing on a bench in her (assumed) back yard raising a wine glass to neighbors on the far side of a sun-bleached fence. Through today's eyes, it appears to be the familiar gesture of socializing at a distance. Johnnie Chatman's self-portraits locate the photographer in the vast, iconic landscapes of the American Southwest. While he is small, he is also central. The images seem less about man's insignificance than about the species as pivot point around which the natural environment is forced to flow.

I'm Not the Only One - Fraenkel Gallery - Through October 24, by appointment.
fraenkelgallery.com

British-born artist Isaac Julien made a splash in the early 1990s with back-to-back arthouse hits "Looking for Langston," a docu-drama about Langston Hughes and "Young Soul Rebels," a narrative exploring the tension between U.K. skinheads, punks, and soulboys in the late 1970s. Now UC Santa Cruz's Distinguished Professor of the Arts, Julien presents "Lessons of the Hour", his 10-screen portrait of Frederick Douglass, at the McEvoy Foundation for the Arts. Former slave turned abolitionist, Douglass became a world-famous orator, delivering speeches against slavery and in support of women's suffrage in the U.S. and abroad. He was also one of the most photographed men of the nineteenth century. "Lessons of the Hour" deploys its subject's interest in photography as a "means by which Black people could control their likeness beyond caricature" by hanging its ten screens salon style. This "horizontal montage" frees the eye to concentrate on individual sequences or to contemplate the interplay between images, which were shot in historic locations significant in Douglass's life. Unfortunately, the message he delivered over a century ago remains embarrassingly relevant to the struggle going on in the streets today.
Lessons of the Hour - McEvoy Foundation for the Arts - October 14 - March 13, 2021
mcevoyarts.org

There is probably no greater honor or duty for a citizen of a democracy to perform than voting. The U.S. presidential election is Tuesday, November 3. Make sure you are registered to vote, and then check out Creativity Explored's "The Good American", a show wherein artists with developmental disabilities envision the United States through art. The project includes a selection of artworks that alternate between the poignant and the satirical, creating a group sketch of what it means to be a good citizen. Additionally, a series of guerrilla activities is scheduled to investigate how art can "spark an interest in civic participation." 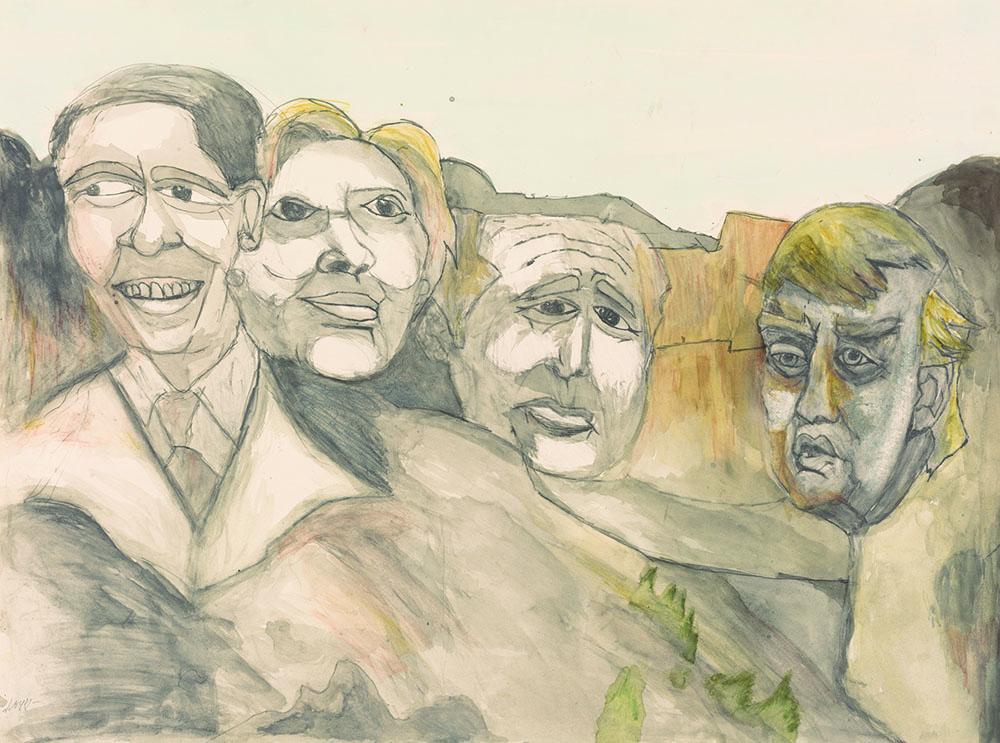