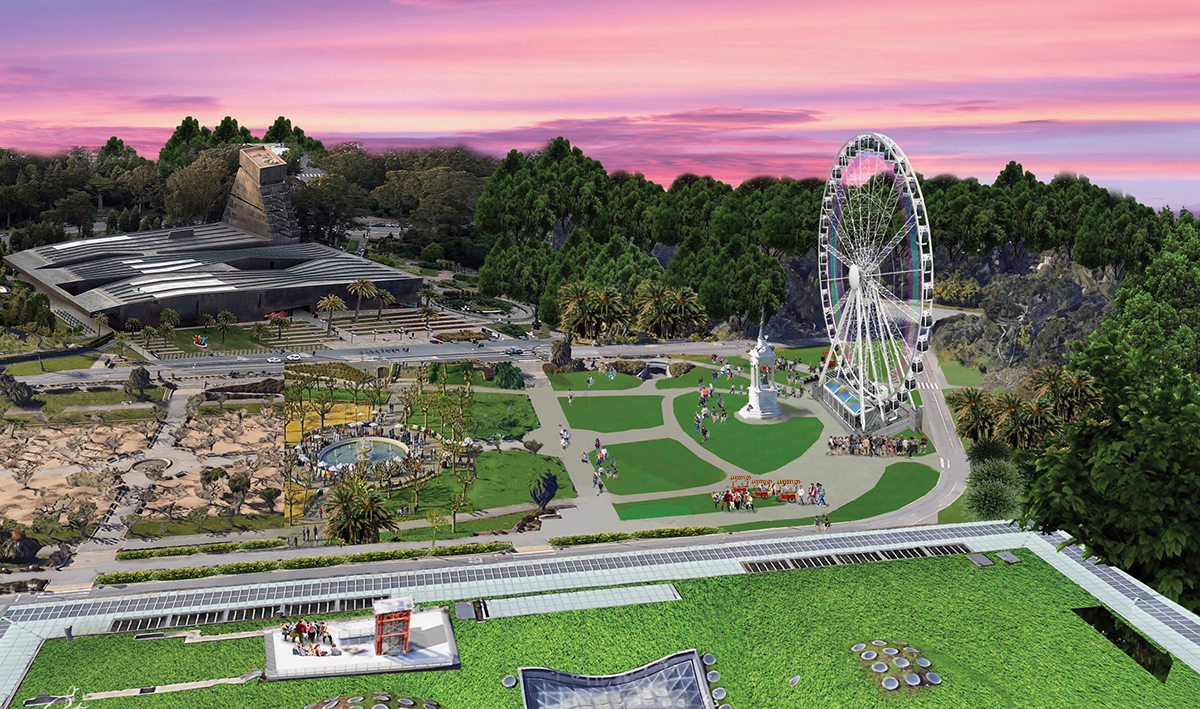 Reservations for the SkyStar Observation Wheel can be made from noon to 10 p.m. Monday to Friday and 10 a.m. to 10 p.m. Saturday to Sunday at www.skystarwheel.com. Starting Oct. 26, tickets will be $18 for adults and $12 for seniors and children.

On April 4th, Golden Gate Park hit its sesquicentennial, a fantastic word for a 150th anniversary. Without exaggeration, millions of people retain memories of how the park played a role in their lives. The 1,017-acre expanse remains inseparable from the very story of The City

“It's been witness to all of San Francisco’s history, it highs, its lows, its most politically significant to its most quirky,” said Phil Ginsburg, General Manager at San Francisco Recreation and Parks. “It housed us after the earthquake. It welcomed us during the summer of love. It’s helped us mourn the tragic and devastating loss from AIDS. It’s been home to innovation that has really changed the world.”

In Golden Gate Park, the quirks of past, present and future emerge more often than people might realize. Twitter founder Jack Dorsey sent the first ever tweet while standing outside the bison paddock. Many people already don’t know about the existence of bison in the park, let alone this tidbit of social media history. In 2000, Dorsey stood there and tested out his new idea by tweeting, “I’m at the Bison Paddock watching the bison.” Apparently no one cared and Twitter took a few more years to catch on.

The bison have been present almost as long as the park itself, which was built on sand dunes after the legislature officially created the park on April 4th,1870. Frederick Law Olmsted, who designed Central Park in New York, as well as St. James Park in downtown San Jose and parts of Stanford, refused an invitation to help design a potential park in the unincorporated western end of San Francisco. He didn’t think it could be done. As a result, the 25-year-old civic engineer William Hammond Hall came on board and did a fantastic job.

Today, 150 years later, the offbeat quirks have continued unscathed ever since. The oldest model yacht club in the country — since 1898 — still regularly plays a role in maintaining Spreckels Lake, a manmade reservoir originally constructed for model yachts. Over near Sharon Meadow and the Carousel, lawn bowlers have likewise held court almost as long, having taken to the grass since 1901, when the first public lawn bowling greens in the United States were installed. 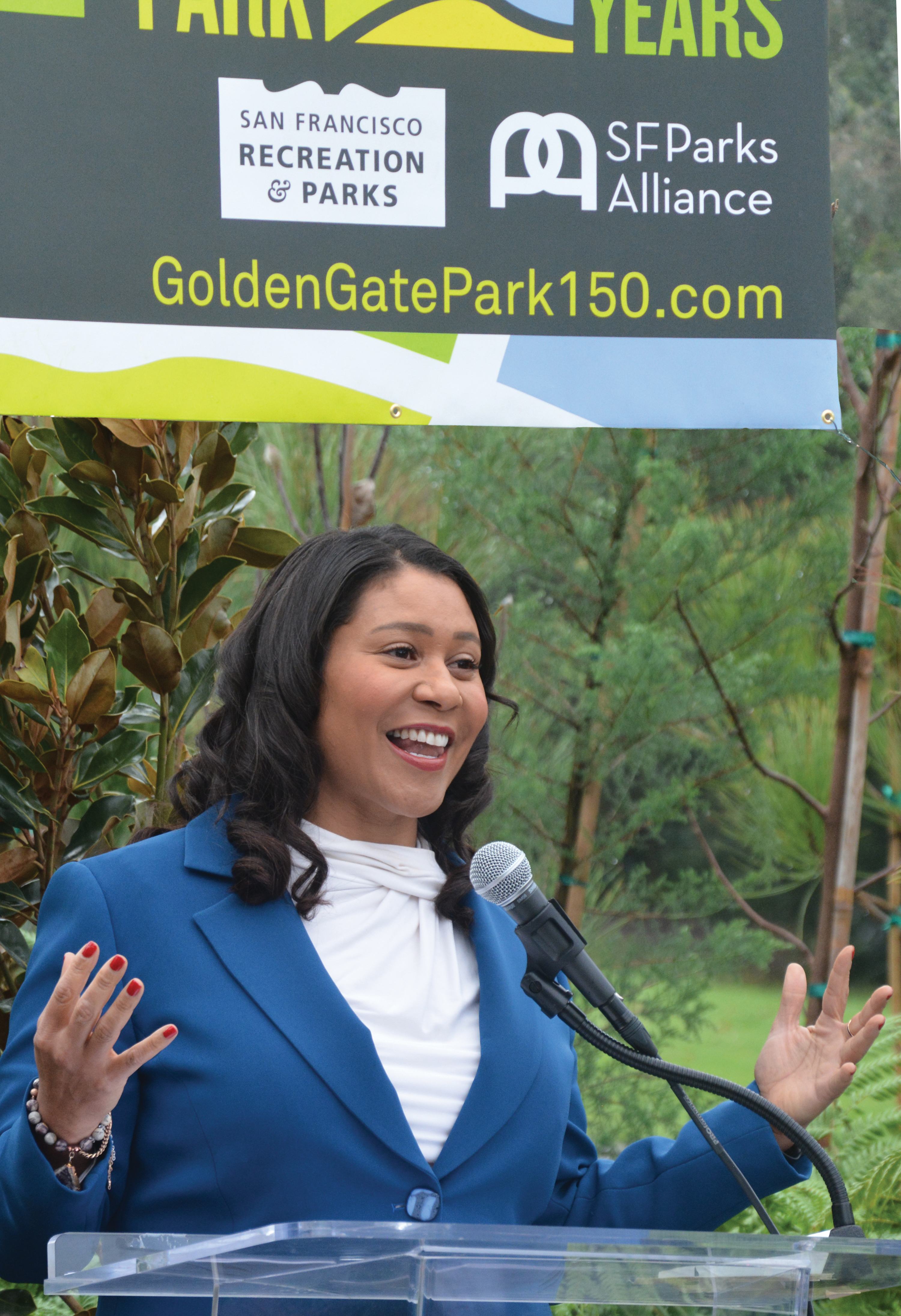 The trees were donated by musical legend Paul Simon, who headlined at  the 2019 Outside Lands Music and Arts Festival.The Western end of the park has a particular appeal, thanks to windmills and tulips. The Dutch Windmill and the less ancient Murphy Windmill both provide quirky retro vibes. Originally constructed to pump irrigation water across the entire park back in the pre-electricity days, the windmills gradually deteriorated over much of the 20th century, but are making a slow, decades-long comeback. Since the Dutch Windmill area includes the Queen Wilhelmina Tulip Garden. The Murphy Windmill, on the other hand, was once said to be the largest of its kind anywhere on Earth.

It doesn’t stop there. In between all the major commercial activities and sights of Golden Gate Park, one finds monuments, statues or ghostly vibrations of celebrities past. Cervantes, Beethoven, Francis Scott Key and the Irish patriot Robert Emmet all have their own statues. Similarly, various long-goners from the Summer of Love, particularly Jerry Garcia and Janis Joplin, each have their respective park hangouts and histories memorialized via anecdotal stories. In other locales, the assassinated U.S. President James Garfield sits near the Conservatory of Flowers and a legendary bronze Buddha statue from 1790 watches over the Japanese Tea Garden, the first garden of its kind ever in the United States.

And what would a San Francisco park be without a secret Celtic Cross? Hidden on a hill behind Rainbow Falls, the cross, known as Prayer Book Cross, used to be visible from the ocean decades ago, but alas, no more. Nowadays, since park trees completely obscure the cross, one must hike up the hill off JFK Drive, past the waterfall, in order to bask in the pagan vibes.

With so much offbeat activities linking the tourist sights together, it will take monumental efforts to make sure everything in the park stands the test of time. Concerning the future, Ginsburg said the park doesn’t just belong to the Richmond and the Sunset. It’s everyone’s park. Everyone should feel welcome to help preserve and be stewards of the place.

“This is arguably one of San Francisco’s most precious assets,” he said. “And we need to nurture it and love it so that 150 years from now, future generations are celebrating the tricentennial of this amazing space and it’s every bit as spectacular as it is today.” 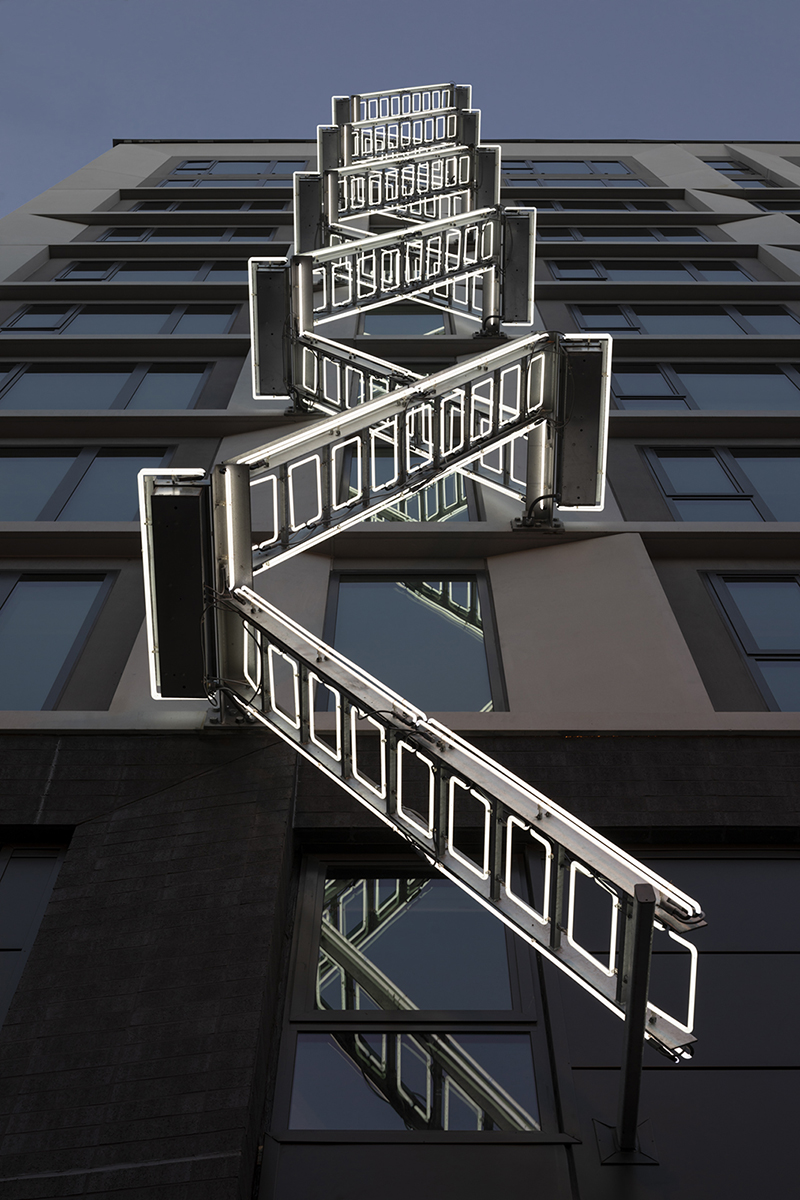 If There’s One Thing Dancers Know How To...

By Jean Schiffman
See All Stories