Into View: Bernice Bing celebrates the museum’s recent acquisition of 20 paintings and works on paper that shine a light on an important local Asian American artist who has only recently gained broad recognition for her achievements. These works reveal the evolution of Bing’s remarkable practice, from paintings of the 1950s and 1960s that straddle Abstract Expressionism and figuration to work from the 1980s and 1990s that explores a synthesis of Zen calligraphy and Western abstraction.

Born in San Francisco’s Chinatown in 1936, Bernice “Bingo” Bing (1936–1998) spent her childhood bouncing between an orphanage and foster homes. She attended California College of Arts and Crafts (now California College of the Arts), where she studied with Richard Diebenkorn and Japanese painter and theorist Saburo Hasegawa, who introduced Bing to Zen Buddhism, Chinese philosophers, and traditional calligraphy. She completed her B.F.A. and earned her M.F.A. at the California School of Fine Arts (now the San Francisco Art Institute), where she studied with painters such as Elmer Bischoff and became enmeshed in the city’s Beat Era art scene. 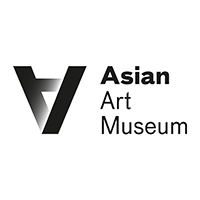