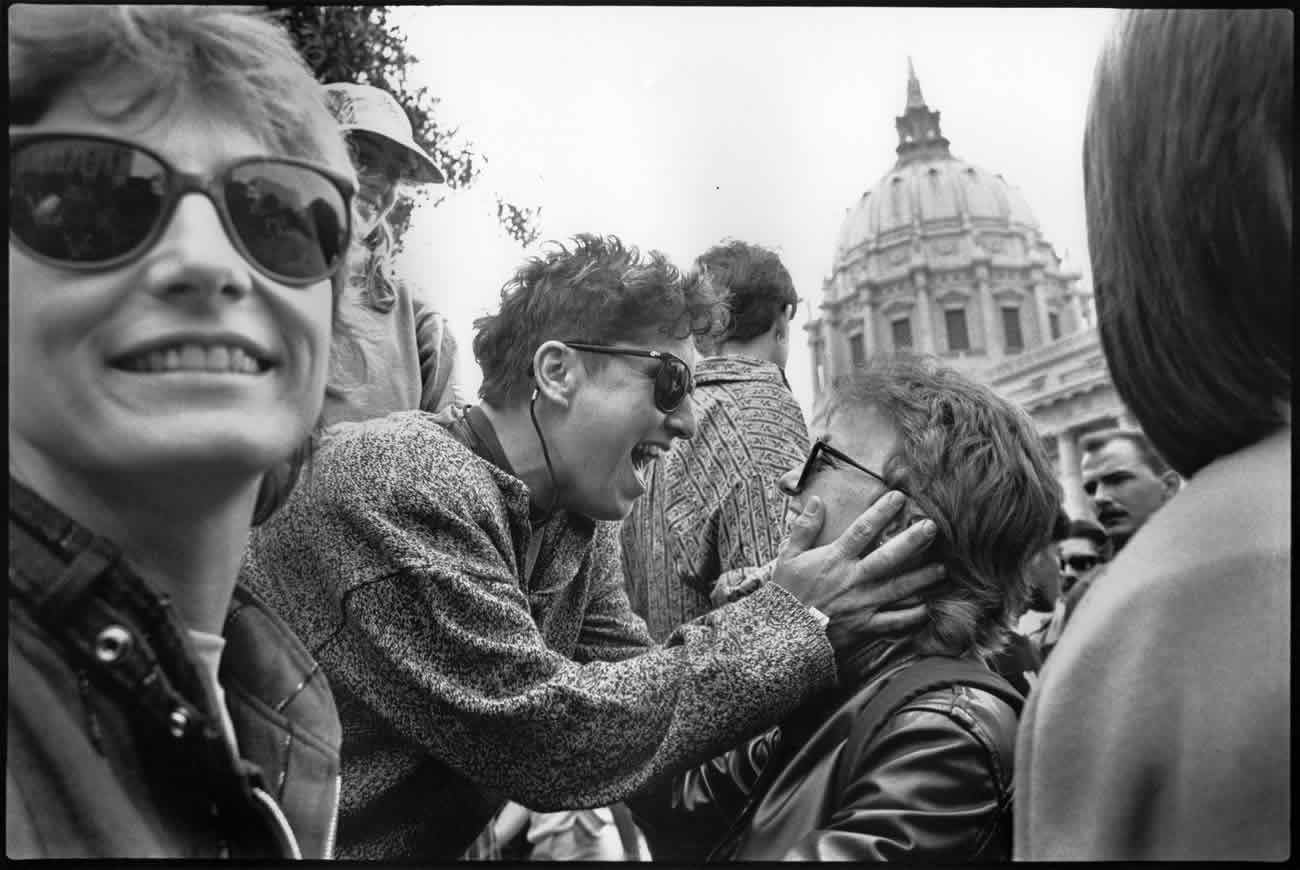 50 Years of Pride Through the Lens

As the ongoing COVID-19 pandemic has delayed the opening of the "50 Years of Pride" exhibition in San Francisco City Hall, an online version has been unveiled on the GLBT Historical Society's website.

On June 28, 1970, a small group of LGBTQ people marched down Polk Street - then San Francisco's most prominent queer neighborhood - to mark an event called "Christopher Street Liberation Day"; Commemorating the one-year anniversary of the historic Stonewall uprising on Christopher Street in New York City, the march was followed by an intimate "gay-in" at Speedway Meadows in Golden Gate Park. Fifty years later, this modest gathering has evolved into San Francisco Pride, a globally famous annual parade and celebration that welcomes hundreds of thousands of participants and spectators from around the world. Encompassing examples of photojournalism, portraiture, fine-art photography, posters and magazine covers "50 Years of Pride" honors how San Francisco's LGBTQ community has come into its own since that first humble Pride gathering. The exhibition explores how Pride has reflected and refracted the community's priorities, responses and activism in times of hope and despair, triumph and setback.

The exhibition is curated by Lenore Chinn and Pamela Peniston, two San Francisco artists with deep roots in the city's queer arts and culture community. 'Culling through the archives at the GLBT Historical Society, we found a treasure trove of photographs, snapshots, and 35 mm color slides that tell a story of the spirit and nature of Pride and what it has come to mean both locally and internationally,' Chinn says.

'The history of Pride over the last half century in San Francisco is as complex and diverse as our city,' says the GBLT Historical Society's executive director, Terry Beswick. 'It is also a great lens through which we can examine the evolution of our LGBTQ rights and freedoms, as well as our awareness of how our movement intersects with other social justice movements.'

Meg Shiffler, director of the SFAC Galleries (also celebrating its 50th anniversary this year) says, 'The SFAC Galleries is thrilled to partner with the GLBT Historical Society to produce this expansive anniversary exhibition. SF Pride is a San Francisco treasure that has become a globally recognized and totally integrated part of our civic and cultural identity.'

This exhibition has been made possible by the support of SF Pride. 'We could not be more excited about the way "50 Years of Pride\" helps illuminate the complexity of our story,' says Fred Lopez, executive director of SF Pride. 'It's frequently said that LGBTQ history is American history, and that's undeniably true, particularly here in San Francisco. Exhibitions like this highlight our unique nature as a city at the forefront of all things LGBTQ.'