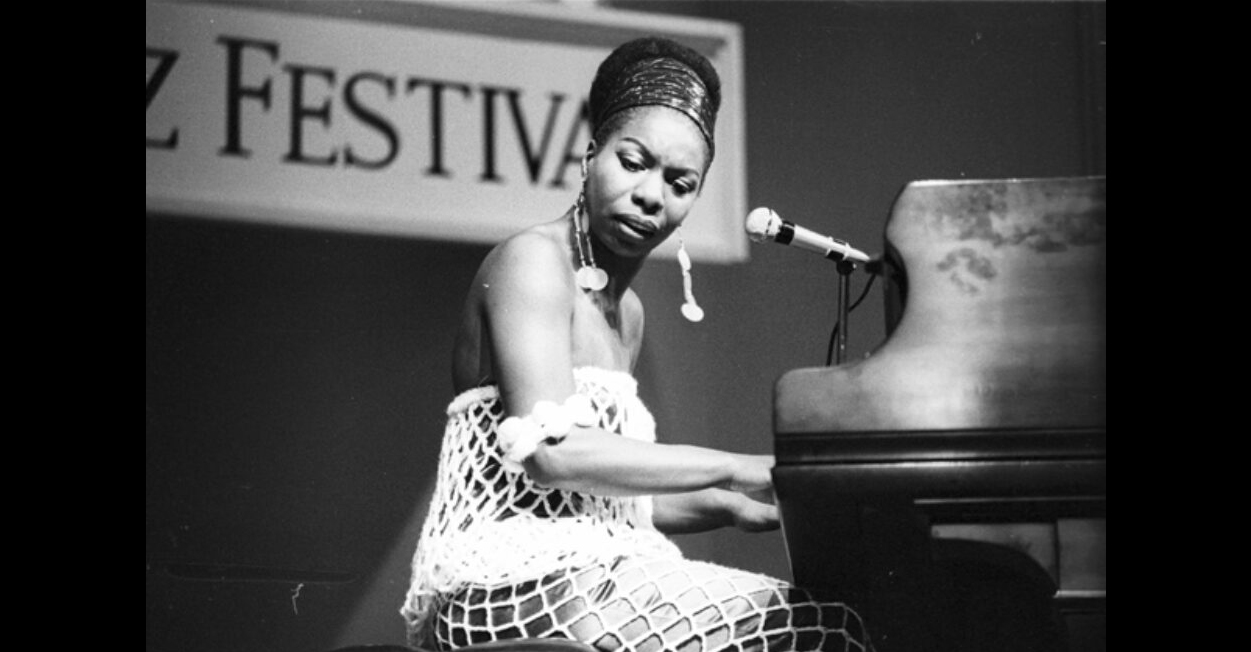 Black History Month: The Heart of the Matter

Museums Reaching Beneath the Surface to Offer Engagement

If you’ve taken a stroll down Fulton St. anytime since this past June, odds are you’ve seen the bold yellow letters reading “BLACK LIVES MATTER.” A collaborative effort between the African American Art and Culture Complex and the Bay Area Mural Program, the community-made street art spans several blocks – you can’t miss it. The slogan for the Black Liberation Movement is everywhere lately. From T-shirts to email signatures, the once-radical phrase is now plastered on nearly every surface. As Black History Month is here, I find myself wondering, as cultural critic Anne Anlin Cheng asks, “How is it we know we are seeing what we think we are seeing?” (“Second Skin: Josephine Baker & the Modern Surface”.) After all, surfaces reveal as much as they conceal. How do we know that every attestation to Black Lives Matter also entails the deep commitment to uprooting white supremacist ideology? To do that, we would need to go beneath the surface.

A similar challenge faces local museums during the COVID-19 pandemic. Our current socially distant reliance on digital surfaces might appear to be a major hinderance to museum work, but this month, these museums help patrons deepen their engagement with Black history and culture.

For the Museum of the African Diaspora (MoAD), every month is an opportunity to engage with the wide diversity of histories and culture representing the peoples of the African Diaspora. The events at MoAD this month especially will build upon the roughly one hundred and seventy digital programs the museum has hosted since it closed its physical doors due to the COVID-19 pandemic. “A huge difference,” Dr. Elizabeth Gessel, Director of Public Programs, observes, “is that even though we've always been a museum that attracted people and tourists from out of town, you still had to physically be in the location to attend the programs.” Now that the virtual programs reach many viewers outside of the United States, however, “that’s another level of accessibility. In some ways it allows us to fulfill our mission as a museum of African Diaspora in a way that we never were able to before.”

Two series are this month’s focus at MoAD. First up on February 16, is BLATANT – a forum hosted by guest curator Ashara Ekundayo, in conversation with Yoruba Richen and Maori Holmes – to provide “a conversation, in many ways, that is for and about Black people.” It is one way, Gessel continues, that MoAD seeks to build community and advance its mission, “to have challenging conversations and to push people to think about things in a harder and deeper way.” Richen will also join the African Diaspora Film Club on February 21 for a discussion of her recent film, “How it Feels to be Free,” a documentary telling the story of six iconic African-American female entertainers. Turning MoAD’s viewing events into book-club-style discussions is one of the many ways that MoAD is diving deeper at this time. 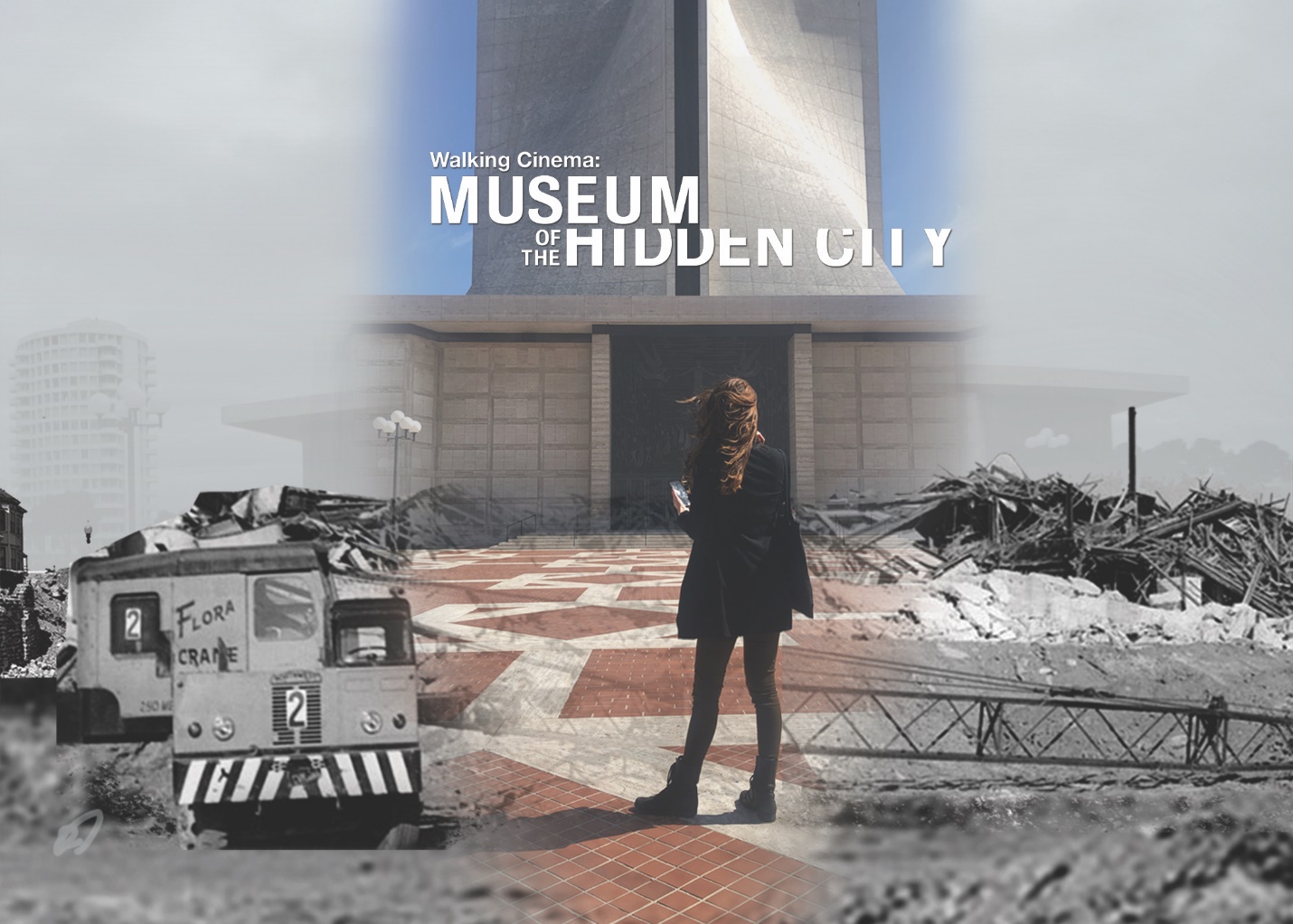 Image courtesy of the Museum of the Hidden City.

Meanwhile, an experience that truly gets into deeper layers of African American history in San Francisco is the self-guided tour “Walking Cinema: The Museum of the Hidden City,” which focuses on the Fillmore district and the “total planning” projects that displaced thousands of Japanese and African American residents. Director Michael Epstein explains, “By using augmented reality we're able to peel back layers of, say a façade of a building and reveal the history that's underneath it.” The echoes of historic gentrification, Epstein adds, “symbolized that we're looking at a current problem without looking at it through the right lens. That this is an old problem.”

Participants can walk through the landscape of the Fillmore to witness the historic palimpsest of San Francisco. Equally important, Epstein wants to emphasize the economic history and the structural forces of gentrification. Taking in the structural history of gentrification might feel overwhelming, but Epstein has noticed something remarkable: “A number of people we talked to after a tour felt empowered. They felt like they understood a lot more about how gentrification happens – how to look at it and recognize it in the city – and potentially how to get involved in their own neighborhoods in ways that can be a lot more equitable. Just the act of walking, in some ways, activates people and puts them in a different mindset.” 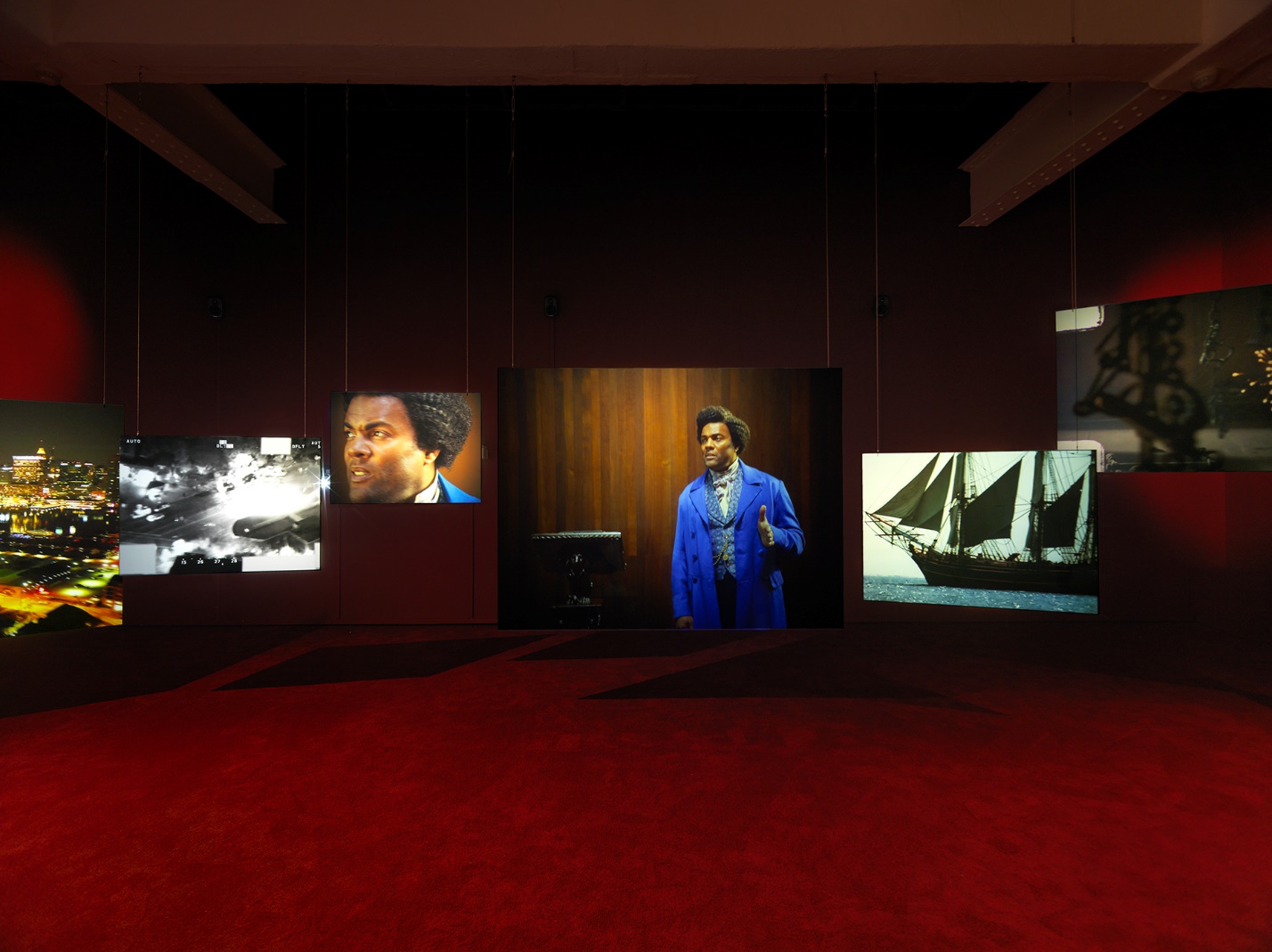 Collaboration, cooperation, solidarity, and strength together. These values drive the artistic mission, and February’s programming at the McEvoy Foundation for the Arts. As a relatively new, private foundation, McEvoy Arts is uniquely positioned to get beneath the surface by collaborating with many artists and institutions. As Executive Director, Susan Miller, observes, “It's been an opportunity for us to show what it means to work together and try to make things together, even when it's really, really hard.” On view since October, two dynamic exhibitions are available. “New Labor Movements” is a collection of short films curated by Leila Weefur and focused on contemporary visions of American and transnational Blackness. “It goes into the past and present legacy of slavery, and emphasizes movement and the body in Black culture,” as Miller describes the thematic conversation the film has with Isaac Julien’s "Lessons of the Hour.” Similarly, Julien, “Had been thinking about the relationship between the past, the present and the legacy of slavery – how much racism still exists in the world, and whether we're really doing anything meaningful about it.” By bringing Frederick Douglass’s work to life, Julien creates a bridge between the 19th and 21st centuries. 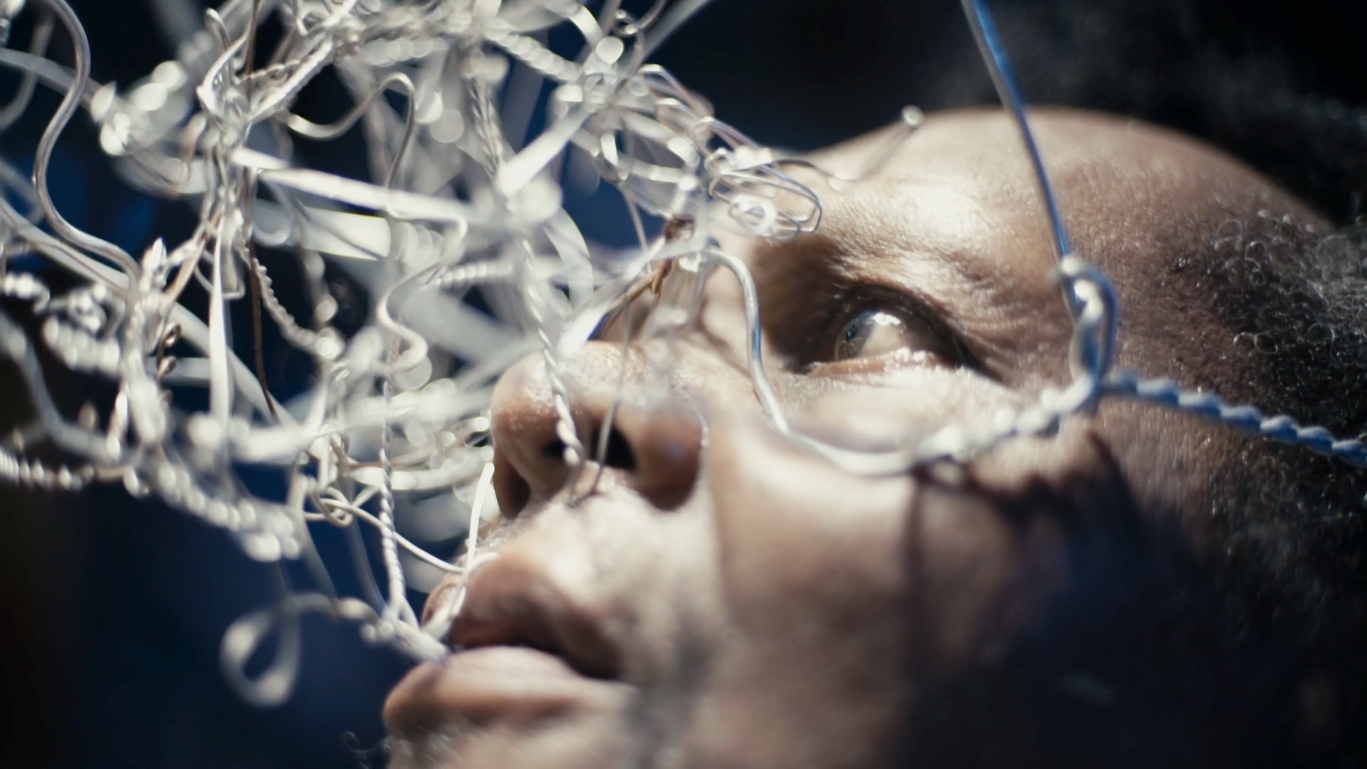 Several collaborative conversations on these works will bring together scholars and artists throughout the month of February to discuss embodied history and the persistence of the past. “Hopefully, people who attend leave with a moment of self-reflection and self-awareness. Empathy, sympathy, understanding,” Miller points out, “these things are so meaningful right now, and we saw that with visitors coming out of the space. A lot of people took a few minutes to readjust, so we knew it was good.”

COVID-19 precautions redefine how we can engage with art, but, at the heart of the matter, these museums remind us that it is possible, with a deep commitment to the histories, cultures, and communities who make art, to reach beneath the surface of things.

Visit the following websites to get complete schedules for these museums:

Museum of the African Diaspora

McEvoy Foundation for the Arts 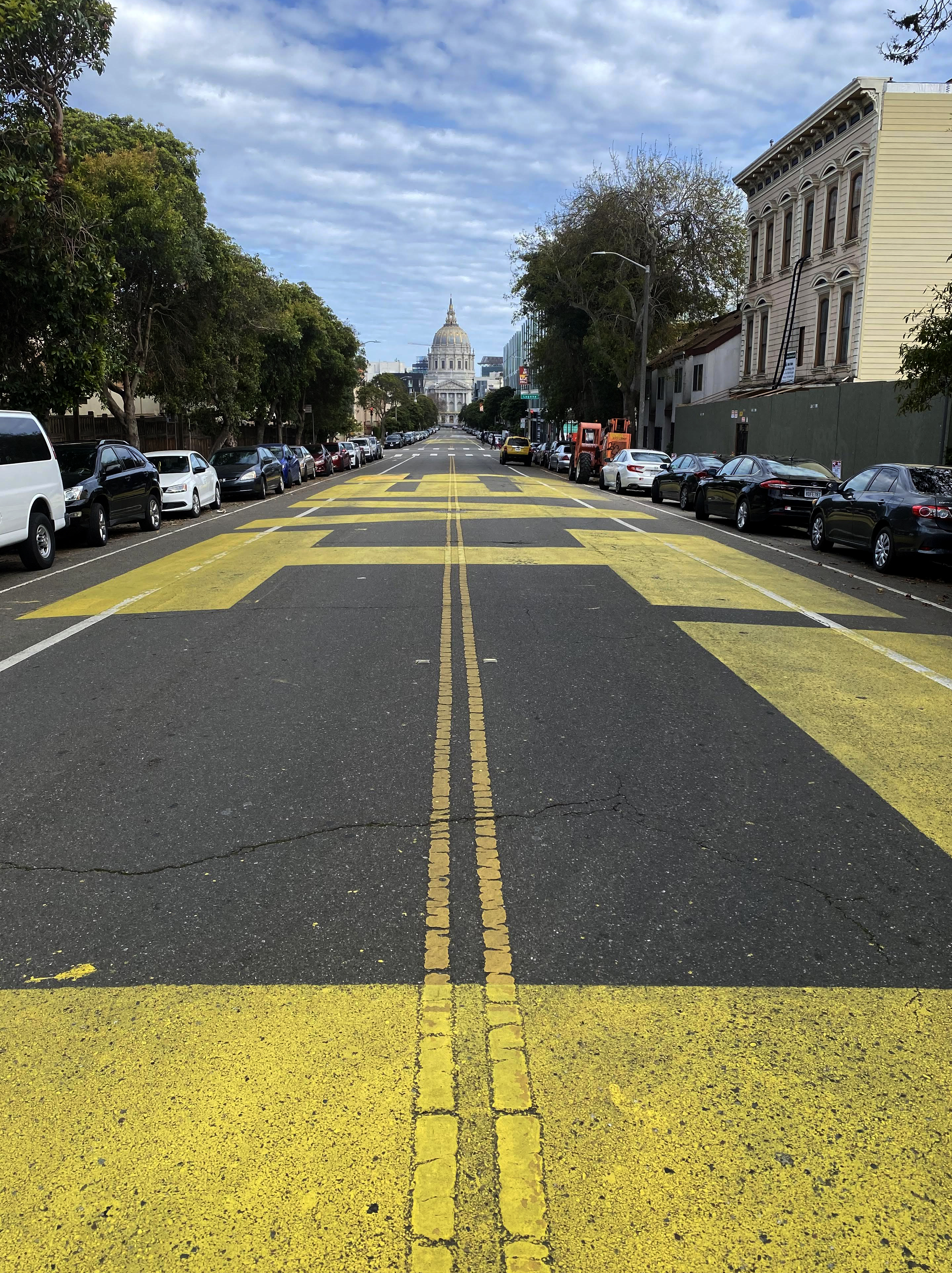