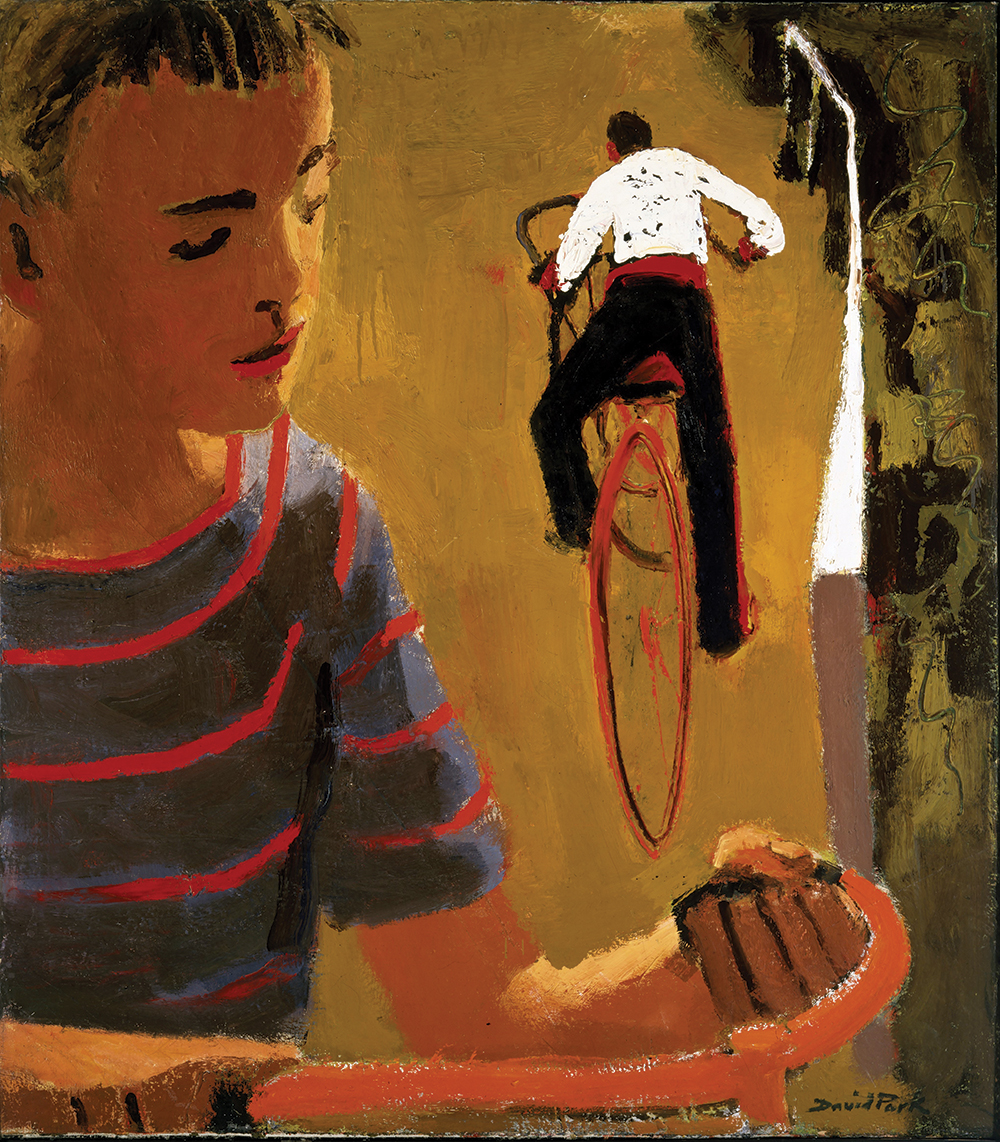 A huge swath of Northern California history reappears with "David Park: A Retrospective" at SFMOMA. A leading figure in the mid-twentieth-century Bay Area Figurative Art movement, David Park was also a direct participant in many of the region’s most storied art events, including the 1930-31 residency of Diego Rivera and Frida Kahlo; the Golden Gate International Exposition, and a particularly colorful period at the California School of Fine Arts where he was on staff alongside Elmer Bischoff, Clyfford Still, Ansel Adams, Imogene Cunningham and Dorothea Lange.

While David Park may have played a part in the stuff of legends, his subject
was the activity of being, which is what makes his paintings so appealing from a historical perspective. Working from memory, Park reproduced jazz performances, the wait at bus stops, trips to local beaches, and tromps through local woods. His figures, often in groups, feel like those caught in a snapshot, viewed from angles a camera might reveal accidentally. Close ups come into focus on one side of a canvas, while activity in the distance plays across the other.

SFMOMA's exhibition is the first to cover the full thirty-year arc of David Park's career. Park was 18 when he arrived in the Bay Area in 1929. He spent the majority of the next three decades scratching out an existence through low-paid teaching gigs, studio assistant work, and a long stint working the night shift at a steel cable factory. Park's skill was recognized early and often, but his style took a long time to develop. His influences are easy to spot during different periods: Picasso, Matisse, primitivism, and then abstract expressionism when it virtually swept aside all other forms of serious painting in the U.S. In this way, Park's work can also be viewed as a record of the times, reflecting evolving artistic debates alongside the honing of an irrepressible talent, and an individual artist's search for his own voice.

A favorite Park story recounts his decision to discard his abstract paintings at the city dump circa 1950. In the few years preceding the incident, Park (along with most Bay Area painters of note) rejected figuration in favor of abstraction. It’s such a decisive gesture, the destruction of artwork to signal the repudiation of a style that feels inauthentic.

Park addressed the action in an artist statement about a year later: “I was concerned with big abstract ideals like vitality, energy, profundity, warmth. They became my gods. They still are...what the paintings told me was that I was a hard-working guy who was trying to be important.... The fact is I had taught myself to use the painting as a means of looking at and trying to appreciate the man that did it. This was contrary to another strong ideal, which said that a man’s work should be quite independent of him and possibly very much more wonderful.”

The artist was often described as appealing (he is remembered affectionately by a wide circle of friends in Nancy Boas' excellent biography "David Park: A Painter's Life"), and the paintings he produced during this period are full of wonder. Park's long dedication to his practice, alongside his final refusal to submit to the day's prevailing style, finally paid off during the last decade of his short life. The work he produced at this time is finally free. (Park died of cancer in 1960 at age 49).

Park’s forceful brush strokes and unusual color choices reveal his subjects in striking ways. A bold slash of orange paint becomes the bridge of a nose that transforms into the expression on a face. A brighter shade of yellowish green in a lush, grassy field calls attention to an unusual perspective of bodies in motion. Boas describes the effect as “where objects fracture and their colored pieces begin to swirl around and recompose kinetically.... Curving lines pierce transparent shapes in a semi-abstract composition.”

Boas described the people in Park's pictures as seeming "real without
becoming too particularized. They seem universal without becoming hollow generalizations, and psychologically compelling without becoming theatrical.” Former San Francisco Chronicle critic Kenneth Baker characterized Park’s figures as “having a kind of psychological or existential depth.” To him they are “materializations of a certain ethical point of view.”

“Art ought to be a troublesome thing,” Park declared, “and one of my reasons for painting representationally is that this makes for much more troublesome pictures.” Park's people aren't idealized; the subjects — especially the male nude depicted during this era — are often confrontational. His play of figure and form generates strong empathetic responses. While SFMOMA's amazing retrospective puts a past way of Bay Area life on display, the experience of David Park's paintings in their glorious present helps us see ourselves and where we live today more clearly. 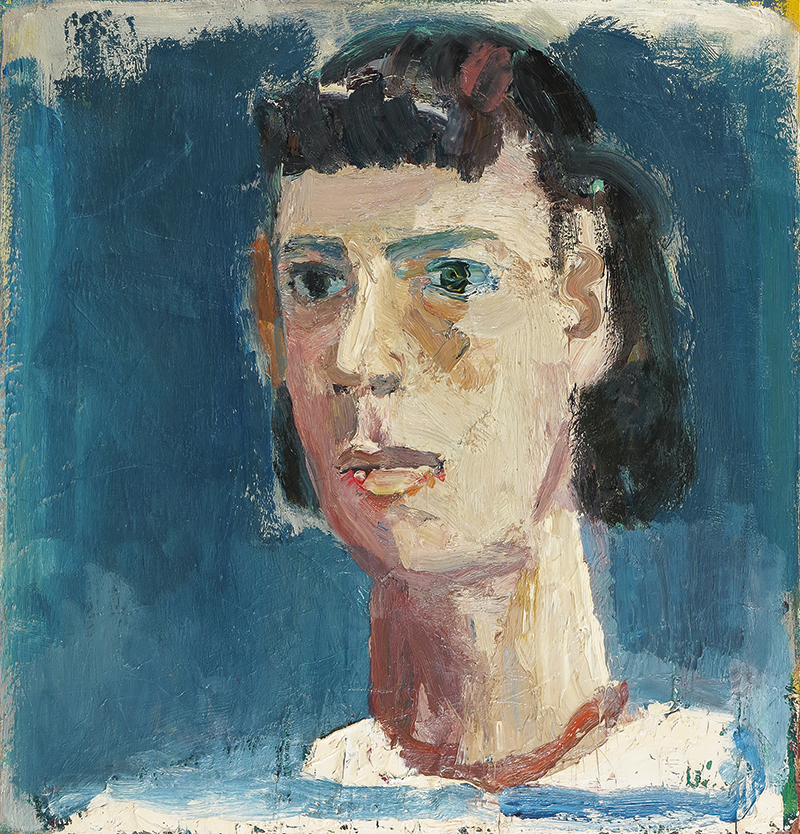