The much-anticipated "Edith Heath: A Life In Clay" exhibition opened at the Oakland Museum of California on January 29, 2022, and runs through October 30, 2022.

As with many artists, scientists, and innovators, Edith Heath, founder and designer of California-based Heath Ceramics, did not set out to change the way we interact with everyday objects. She designed dinnerware for the everyday person, sourced local ingredients, experimented with clays and glazes expressive of the California landscape, and along the way, she transformed our notion of ‘good design’. 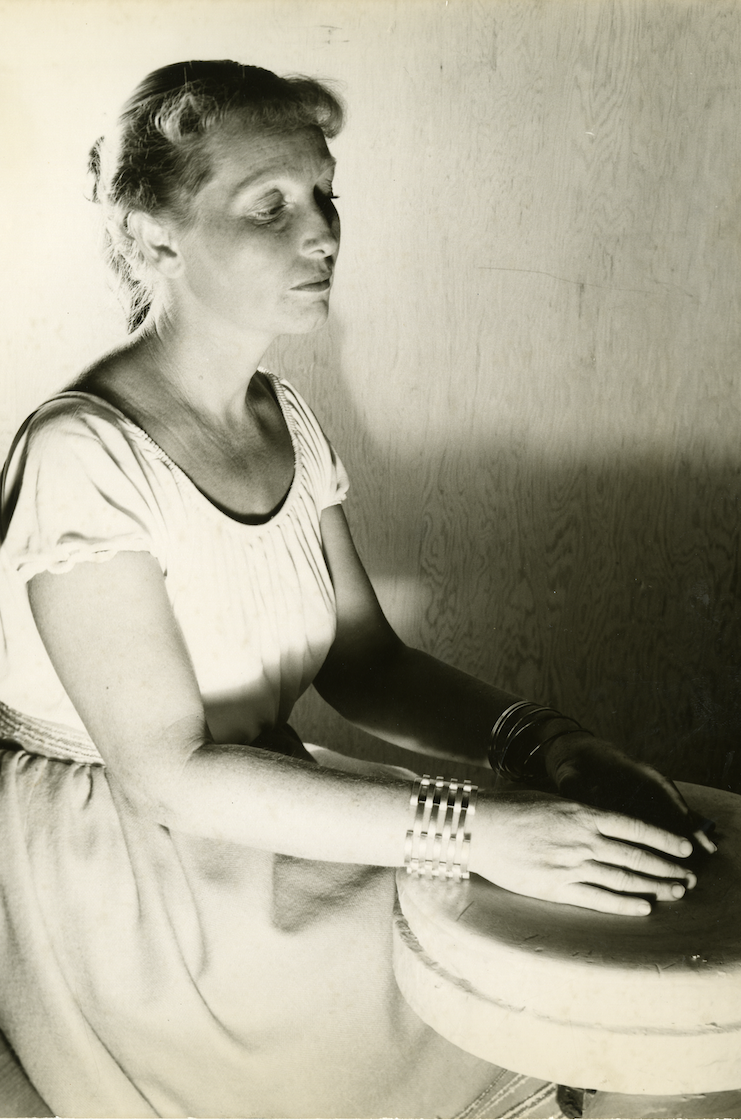 Heath (1911–2005) pioneered the aesthetic of natural, stylish, and functional products which is pervasive in American culture today. In 1971, Heath was the first non-architect to win the prestigious AIA Gold Medal Award, and artists from interior to product to graphic designers, are still building off of her design-forward aesthetic 75 years later.

Especially now, during the midst of a global pandemic, when many people are spending more time at home interacting with the objects they own, Heath’s focus on dependable, long-lasting, and beautiful products resonates even more deeply.

The Oakland Museum of California (OMCA) recently opened the original exhibition, Edith Heath: A Life in Clay this month, sharing the extraordinary legacy of one of the most influential and enduring designers of the 20th century. The exhibition reflects on Heath’s dinnerware and tile samples along with her value — use of high-quality materials, protection of the environment, experimentation, and collaboration — which resonate with consumers and designers alike.

The exhibition supports OMCA’s mission to tell the lesser-known stories of impactful Californians and it offers an interactive experience for all ages.

Born the second of seven children to Danish immigrants, Heath grew up on a farm in Iowa, but her story is quintessentially Californian. In 1948, she founded Heath Ceramics in the San Francisco Bay Area. It was on her journey from Iowa to California that she encountered two people who would deeply influence her future style, vision, and aesthetic.

She left Iowa for Chicago to attend a teaching college where she was required to study art education. Her artistic talents shined and she eventually enrolled in the Chicago Teachers College, and later the San Francisco Art Institute (at the time it was called the California School of Fine Arts).

It was during this period that she met her future husband and business partner, Brian Heath, at a Work Projects Administration (WPA) training camp in Glenwood Park, Illinois. Edith also received an invitation to work at a Federal Art Project training school in Batavia, Illinois, where she was exposed to the ideas of Hungarian artist and former Bauhaus professor, László Moholy-Nagy. The Bauhaus design philosophy combined the principles of mass production with artistic vision, aesthetics with everyday function, and reimagined the material world as a reflection of the arts.

In the early 1940’s, the Heaths moved to San Francisco for a job Brian accepted with the American Red Cross, and they settled in an apartment on Filbert Street designed by Julia Morgan. On weekends, the Heaths took road trips around Northern California so she could collect clay samples, and Edith fell in love with the landscapes — the light and color palettes of the coastal and mountainous geography — which not only shaped the earthy quality of her designs but also inspired her to use raw materials for her pottery.

To Heath, classical porcelain was fragile and impractical — “gutless” as she described it — and she fully embraced local clays native to the Bay Area. 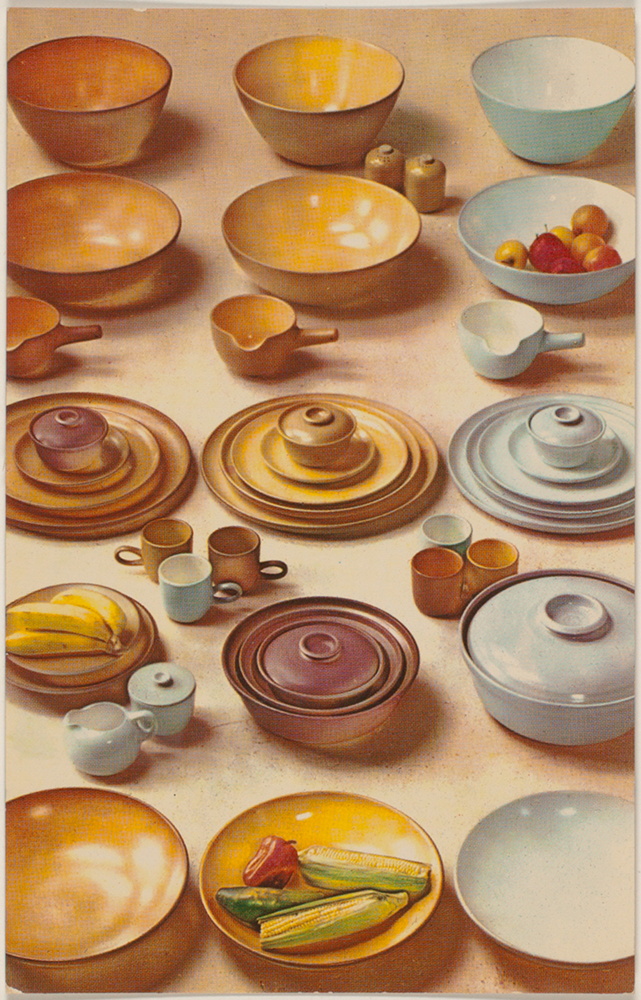 At the time natural clays and glazes were not traditionally used for fine dinnerware, but she began experimenting with the clays she brought home using a pottery wheel she and Brian created by converting a treadle-powered sewing machine. Later, they installed a gas-fired kiln in their basement so she could develop new glaze formulations using local mineral ingredients like silica and flux.

Drawing on her Bauhaus training, Heath focused on making durable products that were aesthetically pleasing and demanded less energy to produce. As many mid-century Americans were becoming more eager to celebrate the pleasures of domestic life, Heath recognized how contemporary dinnerware — from oven-to-table-ware to large barbeque platters and casserole dishes — could support California’s relaxed, indoor/outdoor lifestyle.

Her entry into the business world came in 1944 when the California Palace of the Legion of Honor hosted a one-woman show of her work. Her beautiful yet functional tableware caught the eye of a buyer from Gump’s department store and Heath was soon producing dinnerware collections for the San Francisco retailer. Four years later, Edith and Brian founded Heath Ceramics in Sausalito where Heath Ceramics is still operating today. Her first classic ceramic dinnerware — the Coupe Line in the colors of sand, sage, blue, aqua, and apricot — has been in continuous production for more than half a century.

Like Heath herself, the exhibition "Edith Heath: A Life In Clay" has a rebellious spirit. Instead of the traditional ceramics/craft exhibition visitors would expect, "Edith Heath: A Life In Clay" provides a multidisciplinary experience combining historic objects, photographs, documentary video, and personal memorabilia to showcase Heath’s legacy and story. Visitors will be invited to engage in interactive features including touchable objects and the opportunity to create their own patterns with tile. 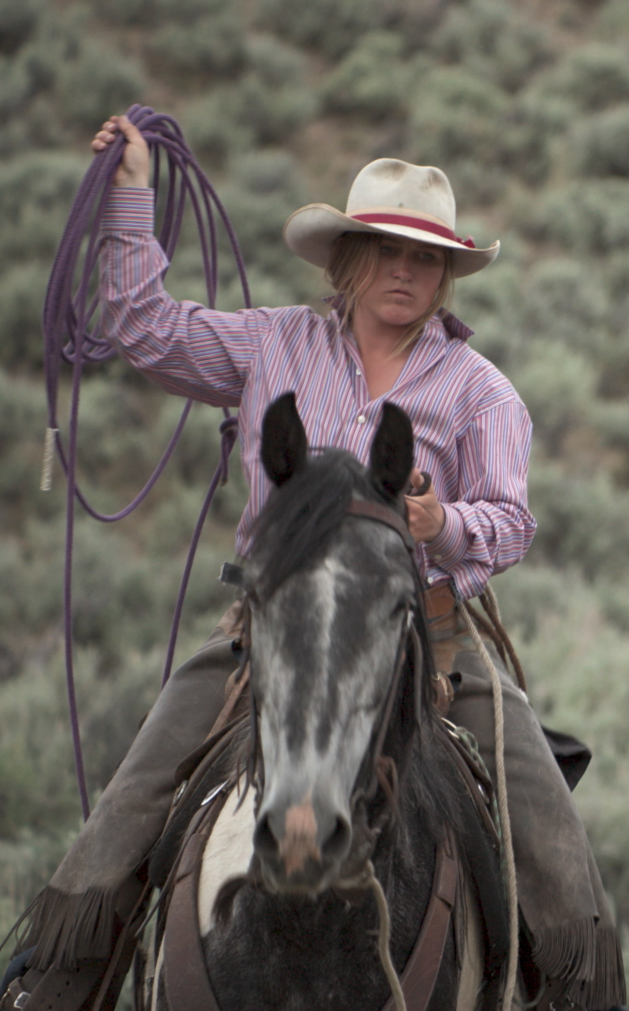