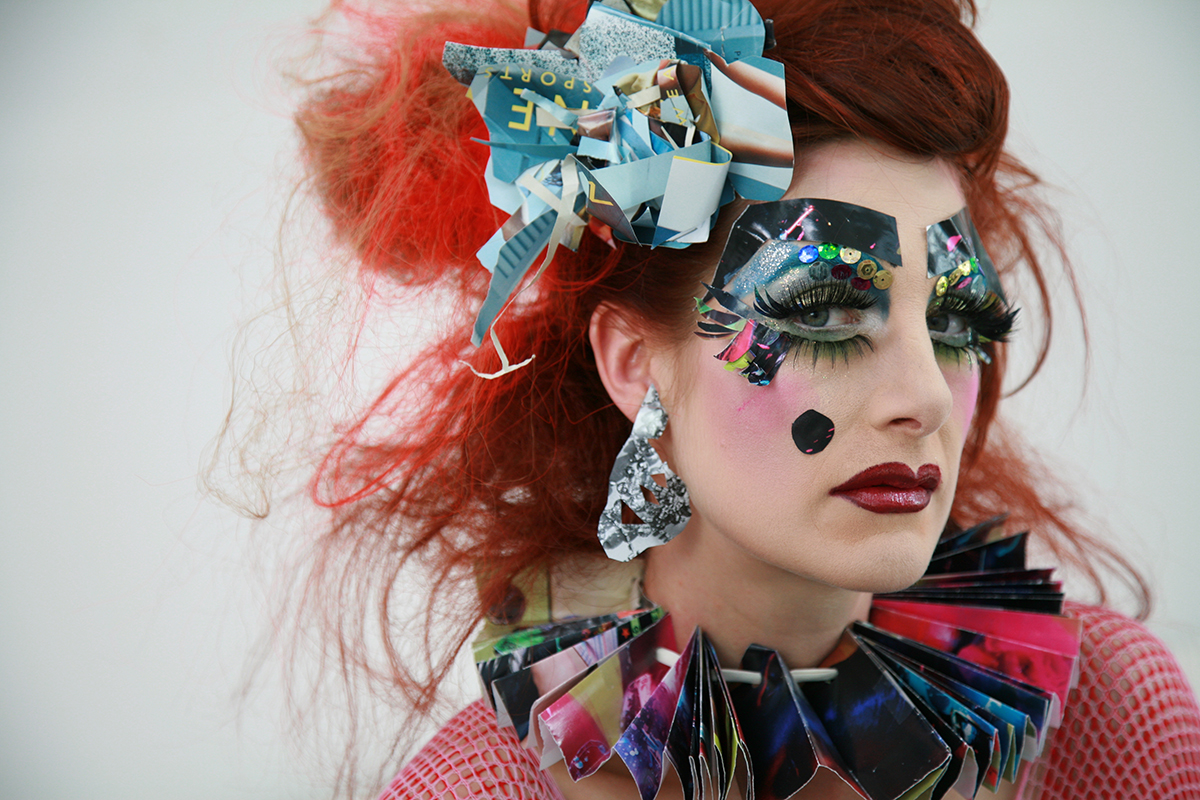 "Faux Queen: A Life in Drag" by Monique Jenkinson (aka Fauxnique) is a recently published book of essays in drag as memoir. Known for performances that are at once glam, astute and mind-expanding, Jenkinson invites readers into the extraordinary and daring San Francisco drag scene of the late 90s - early aughts and her transformation into one of its integral instigators.

Faux Queen is the story of her journey into drag and into queerness. A ballet-obsessed girl moves to San Francisco from the suburbs and finds her people at the drag club. "Faux Queen: A Life in Drag" joyously chronicles Monique Jenkinson’s creation of her drag persona Fauxnique, the people and cultural practices that crash her identity into being, her journey through one of the most experimental moments in queer cultural history and her rise through the nightlife underground to become the first cisgender woman crowned as a pageant-winning drag queen.

“In those years in San Francisco, drag appeared to be enjoying a special moment, part of a long and continuing process of mutation. Drag was busy both celebrating and transcending itself: the drag scene there was also a performance art movement, one that predated and foreshadowed drag’s storming the gates of popular culture” —author and essayist Evan James from his Foreword to Faux Queen.

Before RuPaul’s Drag Race, Drag Brunch and Drag Queen Story Hour firmly ensconced it in the mainstream culture, drag was a vulgar, subversive, sophisticated and, fabulous form of performance art practiced by a diverse crew of artists, not all of them gay men.

In San Francisco, the epicenter was Trannyshack, a weekly drag show at the iconic South of Market queer bar, the Stud. (The show’s name changed to Mother in 2015 before retiring in 2020.) Beginning in 1996, the ‘shack was home to San Francisco’s most outrageous and cutting-edge performers — Heklina, Peaches Christ, Juanita More!, Ana Matronic, Glamamore, Phatima Rude and others — presenting theme nights like “Riot Grrl,” “Save the Planet,” and “Which Witch is Which,” culminating in the annual Miss Trannyshack Pageant where one queen was chosen to rule them all.

Into this scene sashayed Monique Jenkinson, a classically trained dancer whose first encounter with a gay man, when she was eight, was love at first sight. She found her tribe then, and returned to it when she found the ‘shack.

Welcomed by the drag queens at the club, she began performing as Fauxnique and in 2003 was crowned Miss Trannyshack, making her the first cis-woman anywhere to win a major drag queen pageant.

But Faux Queen does more than re-create a pivotal moment in San Francisco’s drag scene. It is also a beautifully written, self-aware and articulate meditation on the themes of feminism, gender and the artist’s life.