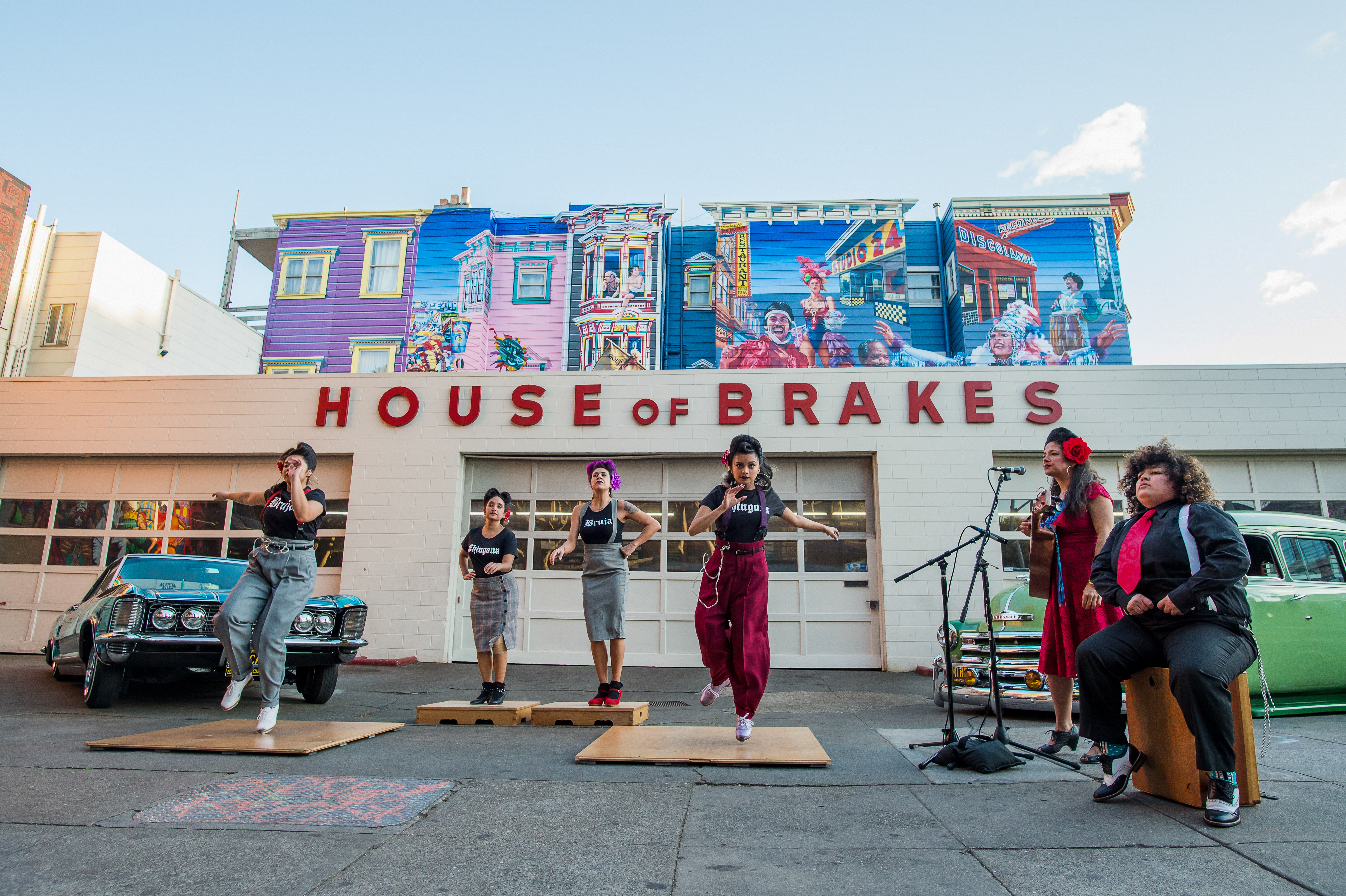 Whether in class, in rehearsal or in performance, movement artists are incredibly adept at switching directions and shifting expectations. In our current COVID reality, that strength might be more important than ever. Flexibility and experimentation are the new normal for everyone.

Now consider, for a moment, how the arts funding world is navigating these uncertain times. Is funding drying up? Or are some foundations doubling down, investing in new projects and renewing their longheld commitment to innovation? The Hewlett Foundation is certainly the latter. This past June, the foundation announced the latest cohort in their multi-year initiative, The Hewlett 50 Arts Commissions. Each year for five years, one performing arts field is chosen (this year's is dance and movement-based performance), and after an intensive adjudication process, ten final artists/companies are selected. 'For us, in the Performing Arts Department at The Hewlett Foundation, it's one of the more celebratory things we get to do,' shares Program Officer Jaime Cortez, 'these commissions allow us time to think about artists and their artistry, process and collaborations.' Fifty-two applicants submitted proposals for this particular round, which were then evaluated at length by a broad panel of dance and movement experts. Not only was the department struck by the incredible diversity and ingenuity in the group but also by how so many of the ideas delved into urgent social themes and narratives. 'I think this reflects a strong Bay Area characteristic in dance - there are formal interests, to be sure, but also an intense desire to engage with the bigger questions of our time, like racism, human trafficking, inequality, the nature of democracy,' Cortez says. Fifty-two eventually became ten, and each of that final group receives a $150,000 grant to bring their ideas to fruition over the next three years (though that timeline remains in flux considering the present situation). 'We see these grants as a foundation on which to dream and dream big - what does this commission allow that wasn't possible before, what other voices could now be part of the picture,' relays Cortez. When applications were first drafted to the Hewlett Foundation, it was a pre-COVID world. With today's circumstances being drastically different, many of the projects, including the following two examples, will have moments where they have to pivot. Cortez knows that the dance community is more than up to that task. Resourcefulness and resilience is part of their DNA. Shepherding a new concept in 2020 will definitely include some bumps in the road, but also may bring a few unexpected surprises.

For awardee Margaret Jenkins, Founder and Artistic Director of the Margaret Jenkins Dance Company, one surprise had been how new tools can afford a more efficient and effective exchange with artists around the globe. 'When I started to think about the next work, I was aware that the 45th anniversary of the company was upon us, and so I looked back over the last decades,' Jenkins recounts, 'since 2006, I have worked with three international dance companies and I started to wonder what it would mean to bring some members of those companies together - to make a work with all of them; a celebration of hope and unity; a joyful multi-nation statement in the midst of so much division, fear and anxiety.' The intent for this cross-cultural commission is to engage two movement artists from Kolben Dance Company in Israel, Guangdong Modern Dance Company in China and Tanusree Shankar Dance Company in India alongside Jenkins' own troupe. But being in the same physical space is not part of today's equation, so technology platforms will take on an expanded role in the process and act as a conduit for dancemaking and collaborative dialogue. 'Starting in the fall, all the companies will begin sending concepts and prompts through video/live streaming and asking each other to respond,' Jenkins details, 'the challenge will be how to navigate all that generated material and artistically direct it into a cohesive whole.'

Vanessa Sanchez, another Hewlett 50 Arts Commissions awardee, has also found herself adapting due to the realities of COVID. Founding Artistic Director of the performing ensemble La Mezcla, Sanchez's project, currently titled Ghostly Labor, seeks to share the oft untold stories of labor and physical work, 'much of my work is rooted in personal experiences and historical narratives and this particular idea grew out of my working class upbringing; I was drawn to create a piece about those who contribute daily to our lives but are unseen or ignored - the people who work on our farms to feed us, who build the spaces we exist in.' Of the many themes and threads Sanchez hopes to explore in Ghostly Labor, a specific focus is the exploitation of Chicana-Native female labor along the U.S./Mexico border. And as part of her research model, she had anticipated journeying to Texas and New Mexico to gather oral histories. 'I was planning to do quite a bit of field work and in-person interviews, which is not in the cards right now,' Sanchez explains, 'hopefully when we are in a safer place, I can resume that, but in the meantime, I've been taking a deep dive into books and thinking more about the work's overarching narrative.'

Like Jenkins, Sanchez has also been experimenting with technology in building the choreography. But again, that process has had its challenges, Ghostly Labor brings together multiple layers of percussion, both percussive dance forms as well as music, and because of time lags, that's not really possible to do as a group in Zoom-land, so I've been trying out various other platforms and apps to see if I can do it on my own.' Who knows where we will find ourselves in the coming months. What unforeseen obstacles might arise? What new opportunities may present themselves? In any event, Jenkins and Sanchez are ready to traverse that unknown and bring their visions to life as part of The Hewlett 50 Arts Commissions. 'Making work is about the process of discovery, and in that process, things will inevitably shift and change,' describes Jenkins, 'the dance community has weathered turmoil before and we will weather this; we are tenacious.' Despite the twists and turns of the past few months, Sanchez is equally confident these commissions will, in one form or another, premiere in the not too distant future, 'this is going to happen - these are stories that are out there and they must be told - the road getting there is just going to be different.' 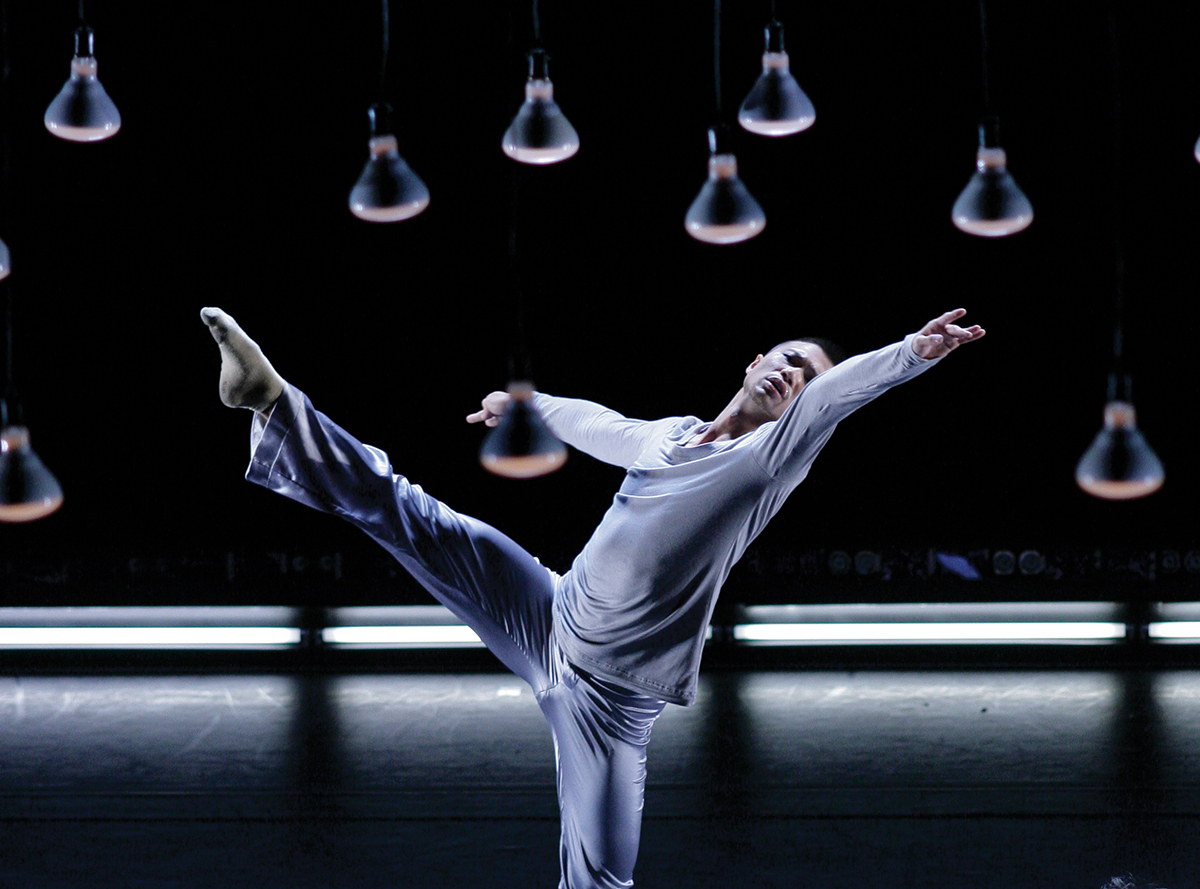 Sharks: From Fear to Fascination

Sharks: From Fear to Fascination 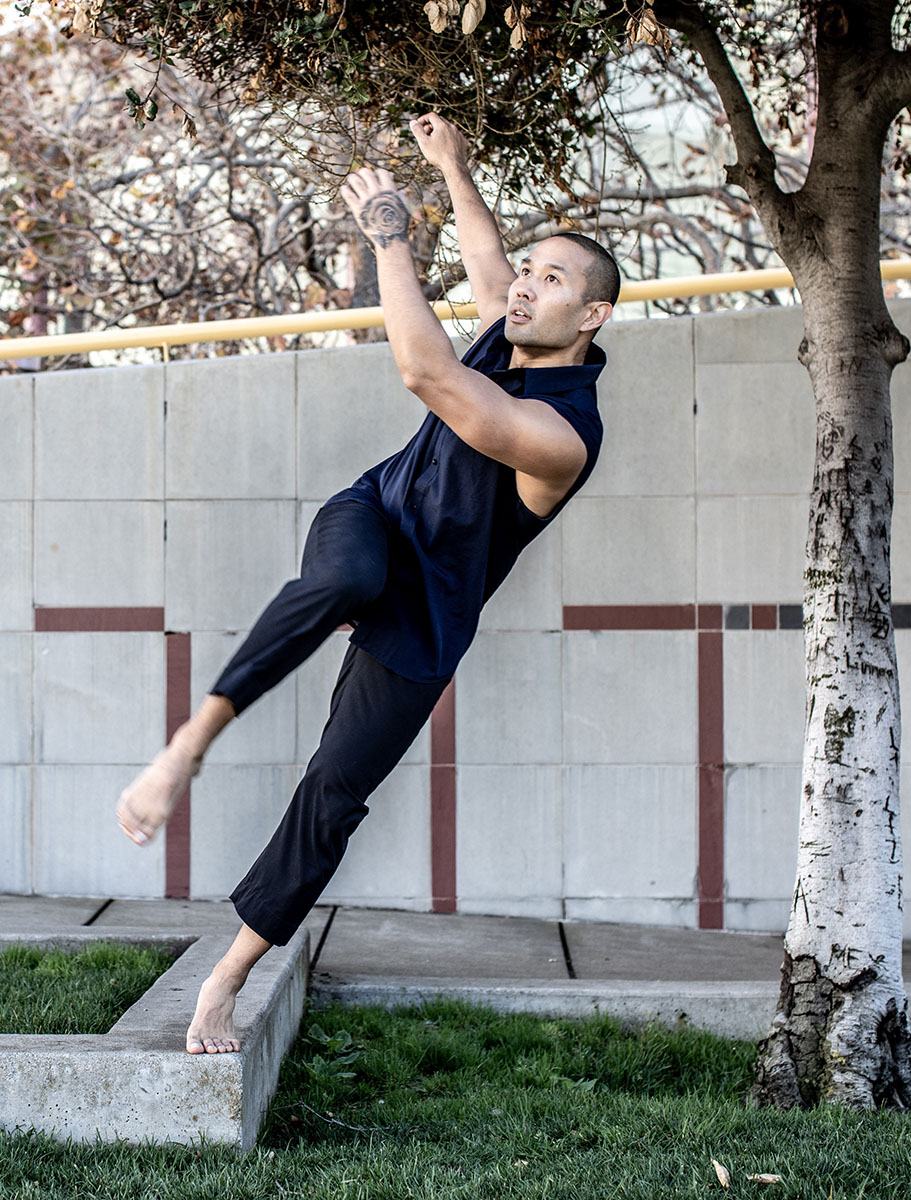 By Luke Williams
See All Stories