Among the 150-plus items in the Contemporary Jewish Museum’s exhibit, “Levi Strauss: A History of American Style,” is a pair of white jeans from 1979, covered from seam to seam with intricate ballpoint-pen drawings - made by a prisoner. It’s an example of just how pervasive is the need for human self-expression, whatever the circumstances - and how Levi’s jeans provide a canvas for that urge, says Heidi Rabben, the exhibit’s co-curator (with Justin Limoges). Not just workwear, as they were originally, jeans are also “meaningful to people all over the world,” she adds. The exhibit’s array of clothing, photographs, ads and ephemera mark the first time San Francisco’s Levi Strauss & Company has lent out material from its archives, as provided by Levi historian and exhibit collaborator Tracey Panek.

It was here in San Francisco that Levi Strauss made fashion and pop culture history. Immigrating from Bavaria, first to New York, where he opened a dry goods business, he then moved to San Francisco toward the end of the Gold Rush. In 1872, Jacob Davis, a Latvian-born tailor in Reno, contacted him to suggest reinforcing the workers’ pants - which tended to fray under pressure - with the now ­­classic copper rivets. The two immigrants joined forces and took out a patent ($68) for the rivets. Voilà - a new look was born; the CJM calls the small innovation “the birth of the blue jean.” (Levi’s sold that year for $3 a pair.) The company also began manufacturing not just bib overalls but “waist overalls” as well. Altogether, the sturdy new jeans were so successful that workers abandoned other brands, says Rabben.

Strauss went on to become a renowned and influential philanthropist, one of many such Jewish philanthropists in San Francisco, including Strauss’ collateral descendants such as the Haas and Stern families (Levi, as he preferred to be called, never married).

The exhibit follows a number of other biographical exhibits at the CJM: Bill Graham, Amy Winehouse, Warren Hellman. This one was a natural choice, aimed to appeal across generations. “I think the invention of blue jeans and the iconic blue jean jacket has really been a palette on which artists have painted for generations,” remarks CJM executive director Lori Starr. Ornamenting jeans — denim art — has been a form of self-expression since the 1960s, she points out — a wearable symbol of the “interconnectedness between the jeans themselves and the creative human spirit.”

The exhibit comprises four loosely chronological sections in the upper-floor Koshland gallery. The first two trace Strauss’ life, from Buttenheim, Germany, to “Levi’s San Francisco” (roughly 1850-1900); the last two sections, “Mythology of the American West,” 1900-1950, and “From Counterculture to Pop” (1950 and decades following), explore the mythology of the American West as depicted in film and continuing on to the counterculture.

A ground-floor display of fashion, from U.C. Berkeley’s Magnes Museum, provides additional context to this expansive exhibit that traces the evolution of the Levi from a garment worn by prospectors, miners, farmers and lumberjacks (Strauss, a proper businessman, never wore a pair himself, at least not in public) to the global wardrobe staple it is today.

The exhibit’s oldest artifacts are a pair of well-preserved waist overalls from the 1890s, found in a barnyard, and some bib overalls from the 1900s (the oldest pair on record, from 1875, remain in the Levi Strauss archives, too fragile to display.)

And, says Rabben, “We get to show an original piece of the AIDS quilt, here where it began, in San Francisco”; in the 1980s Levi Strauss & Co. was important in AIDS activism. Jewish values of social justice were woven into the company from its inception, she notes.

Providing additional context is a 13-panel panorama that shows the city in 1877; it is a blow-up of an Eadweard Muybridge painting on loan from SFMOMA; the CJM has annotated it to mark relevant sites, such as the Levi Strauss factories on Valencia Street and Battery Street. An “advertising lounge” is especially surprising, says Starr: a showcase of vintage Levi ads, it reveals the evolution of graphic design and marketing concepts.

Ironically, a 1923 poster guarantees “a new pair free if they rip.” Now, almost a century later, it’s clear that jeans are not just timeless but are also an ever-changing symbol of individual expression. 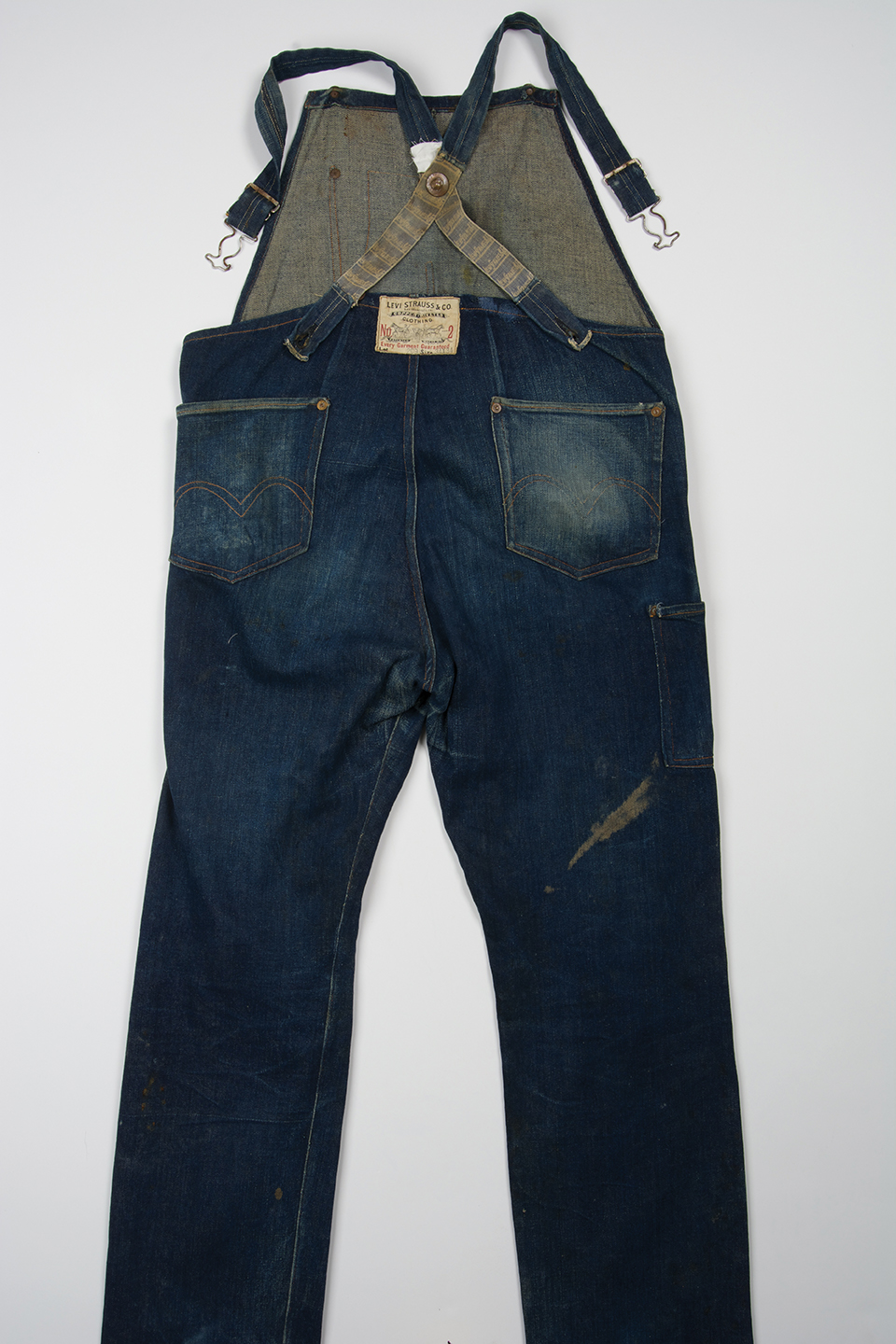