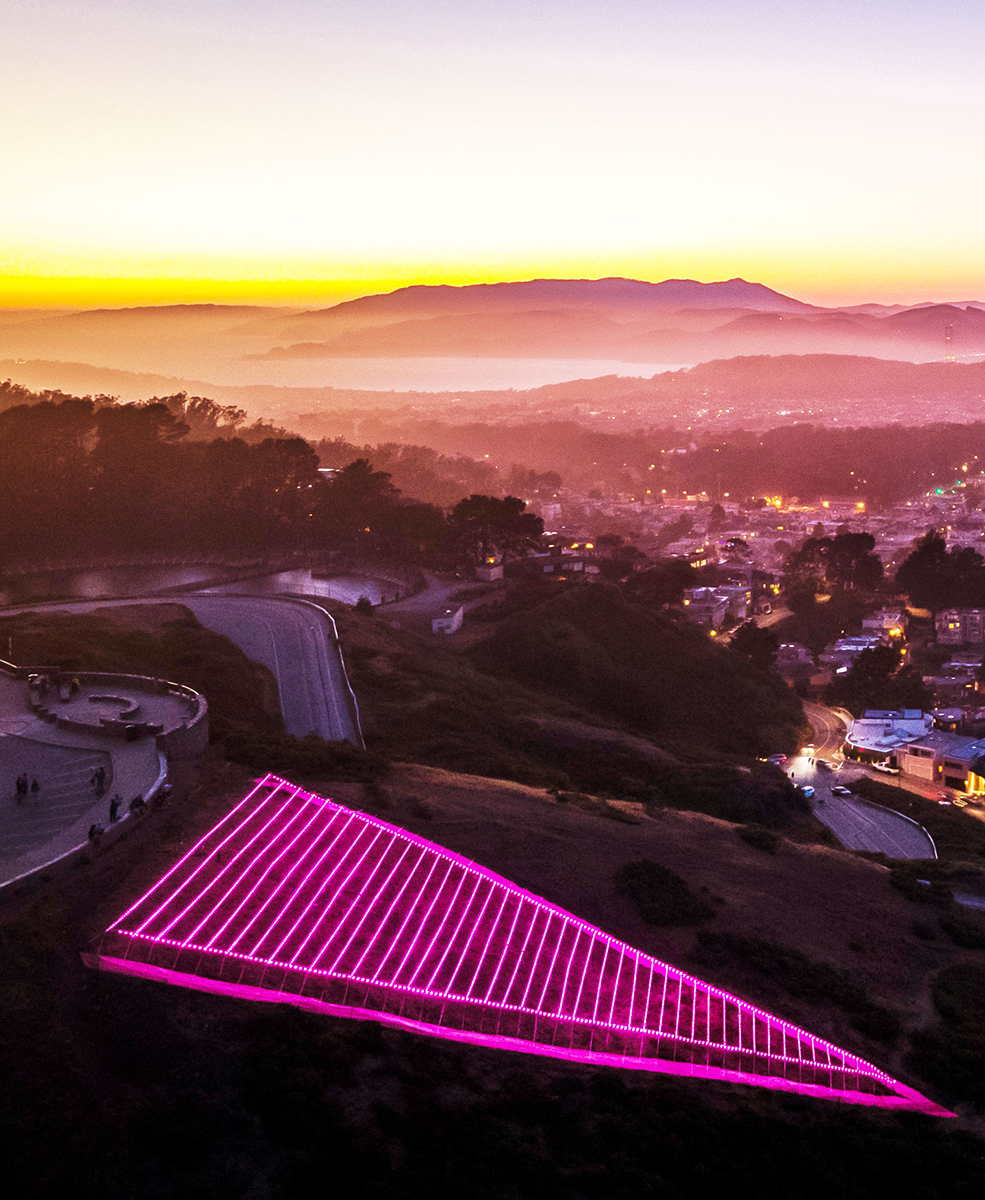 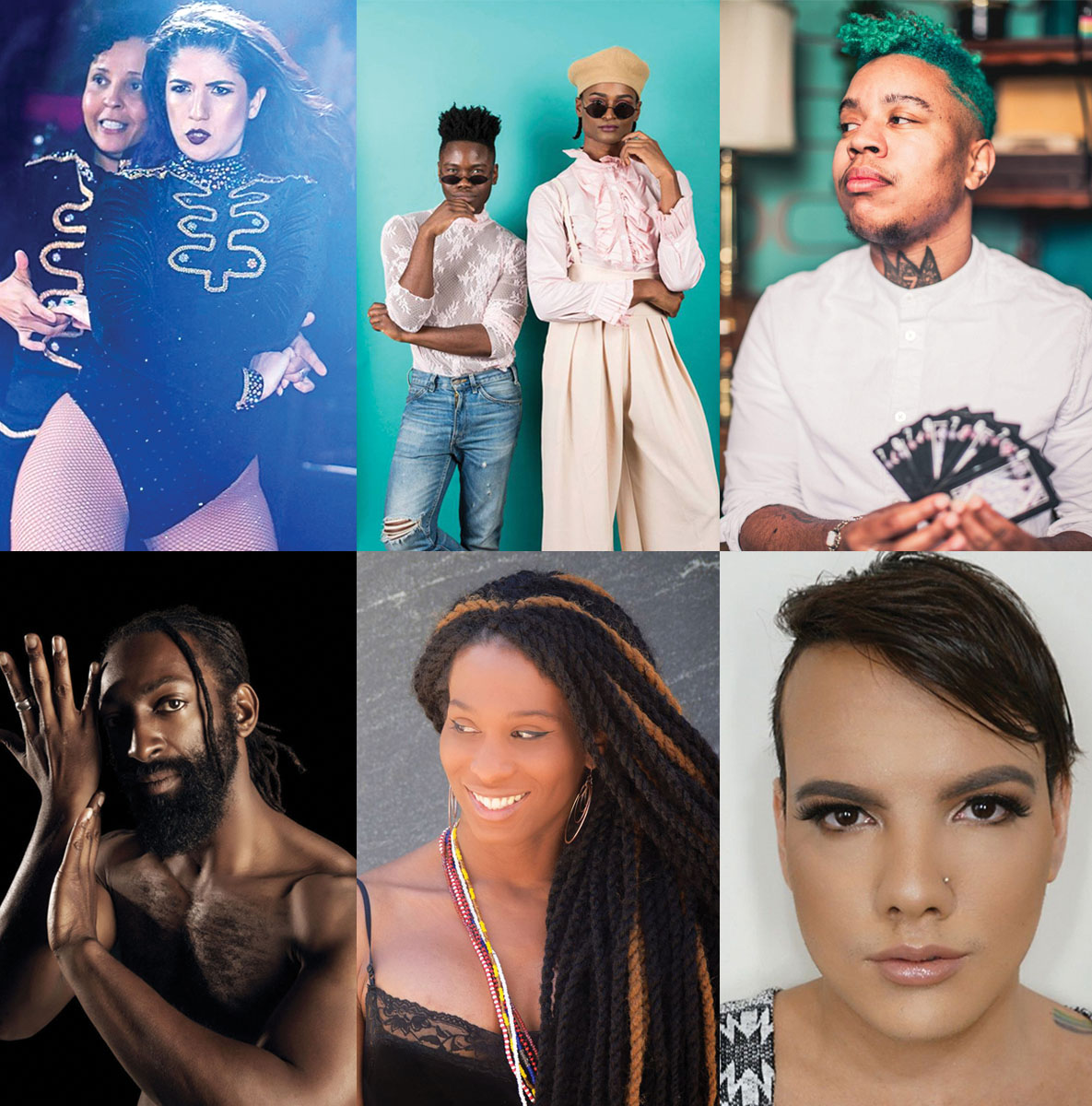 A leading advocate for intersectional justice and equity in the arts, Fresh Meat Productions invests in the creative and cultural expression of transgender and gender-nonconforming communities by way of presenting arts and education programs and commissioning new work. Celebrating 20 years of inspiring programs of dance, theatre and music, this year's expanded festival offers world premieres of new work as well as an opportunity to look back at past performances. 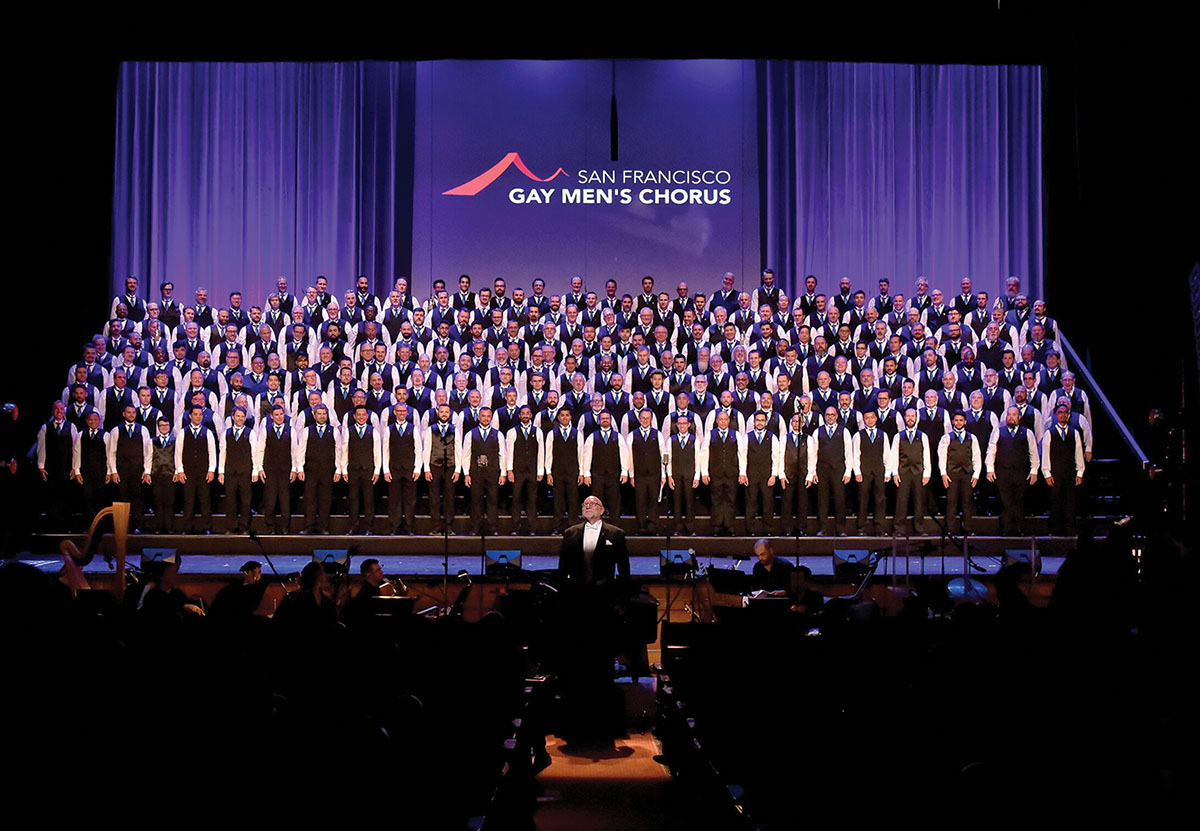 Founded in 1978, SFGMC sparked a nationwide LGBTQ choral movement after its first public performance at a vigil on the steps of City Hall following the assassinations of Supervisor Harvey Milk and Mayor George Moscone.

This year's virtual program includes never-before-seen performances, including a rousing homage to RuPaul and a performance of Todrick Hall’s iconic, “Nails, Hair, Hips, Heels,” both presented with SFGMC’s signature choralography for the first time virtually. "This year, we are cramming more fun and excitement into our Pride showcase than ever before,” says Artistic Director Timothy Seelig. “We chose WIRED as our theme, because we've been singing through wires for the past year. The singers have been busy behind their cameras creating six brand-new world premiere videos. We will also be hearing from special friends on what Pride means to them, enjoying the talents of three young rising stars, and commemorating the 40th anniversary of the national tour in June 1981.” 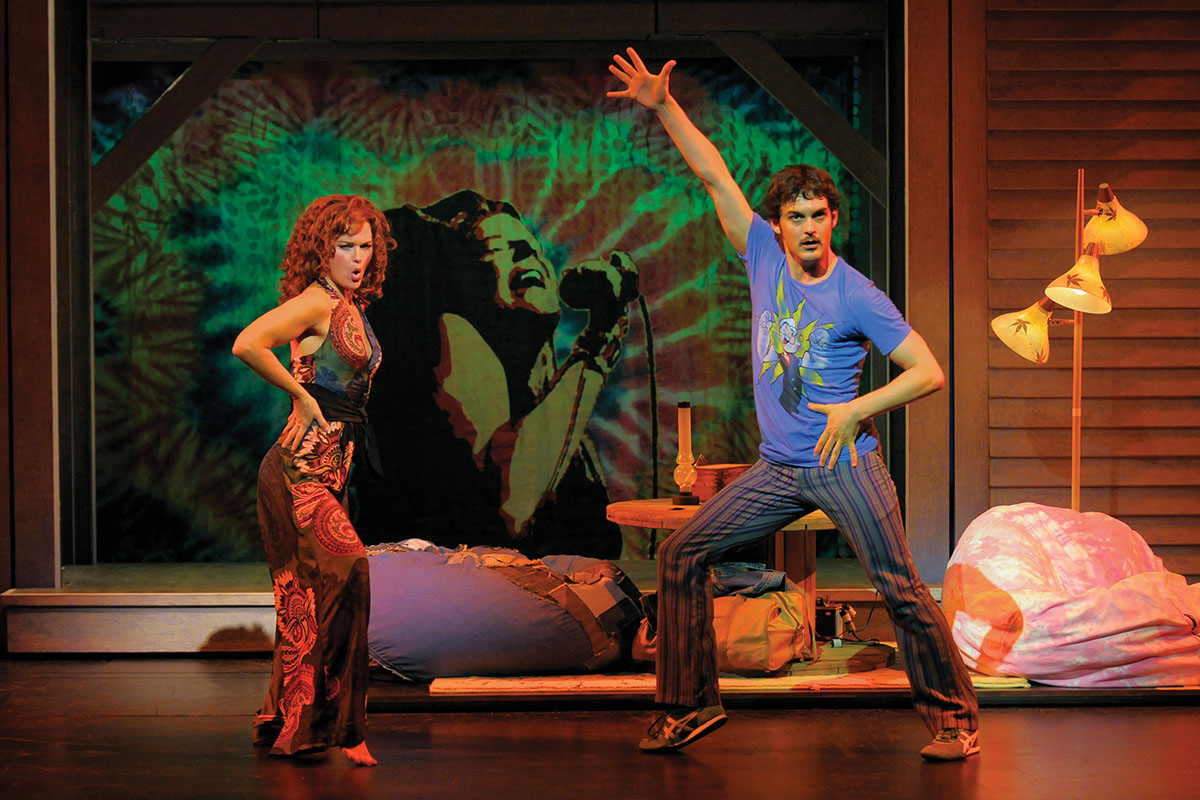 Welcome (back) to 28 Barbary Lane! A.C.T. celebrates the 10th anniversary of its 2011 world premiere of Armistead Maupin’s "Tales of the City" by streaming the original production during Pride week to audiences around the world. The musical was directed by Jason Moore, and featured music and lyrics by Scissor Sisters’ Jake Shears and John Garden and a book by Tony Award winner Jeff Whitty. 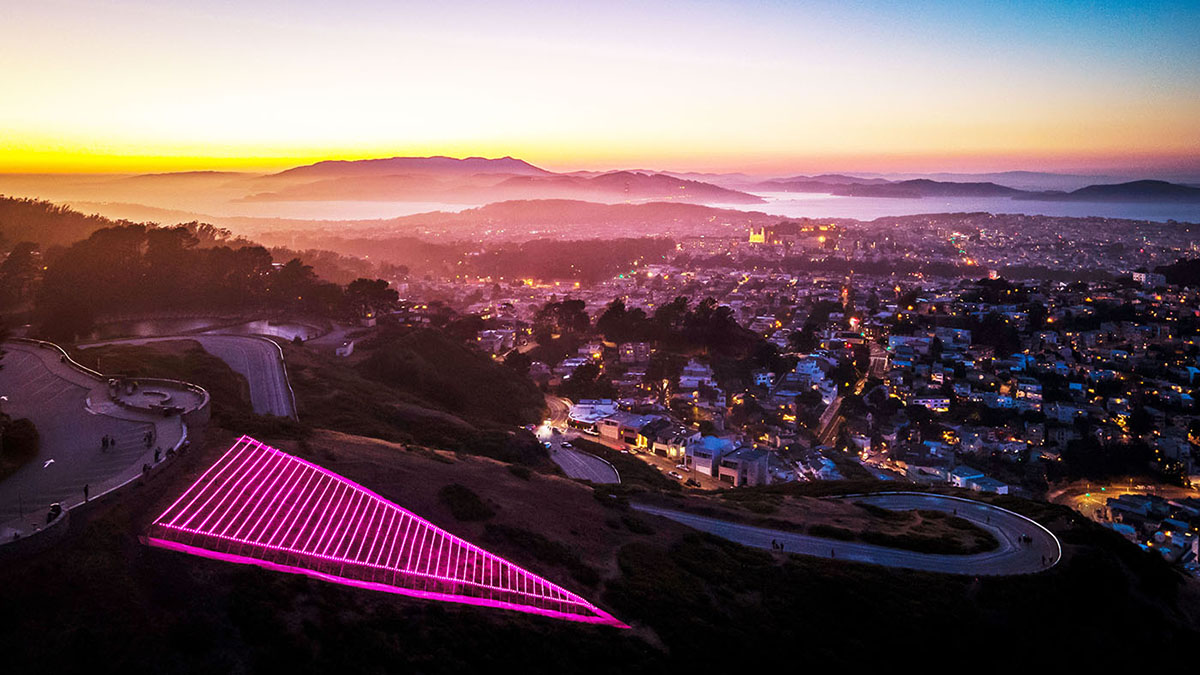 The acre-sized illuminated Pink Triangle on Twin Peaks lit up June 1 with the Pink Torch Procession — featuring prominent members of the LGBTQIA+ community led by Dykes on Bikes and the Sisters of Perpetual Indulgence — and kicked off by Mayor Schaaf in Oakland and received by Mayor Breed who symbolically lit the installation. The Pink Triangle’s founder Patrick Carney has partnered with arts nonprofit Illuminate, the organization behind last year’s lighting. “We honor Patrick Carney and his quarter-century of creating The Pink Triangle from canvas, working with hundreds of volunteers, a tradition put on pause due to COVID. We are grateful for the opportunity to augment his extraordinary commitment to the LGBTQIA+ movement,” says Illuminate CEO Ben Davis. “This year, we are thrilled to shine from June 1 to June 30.” 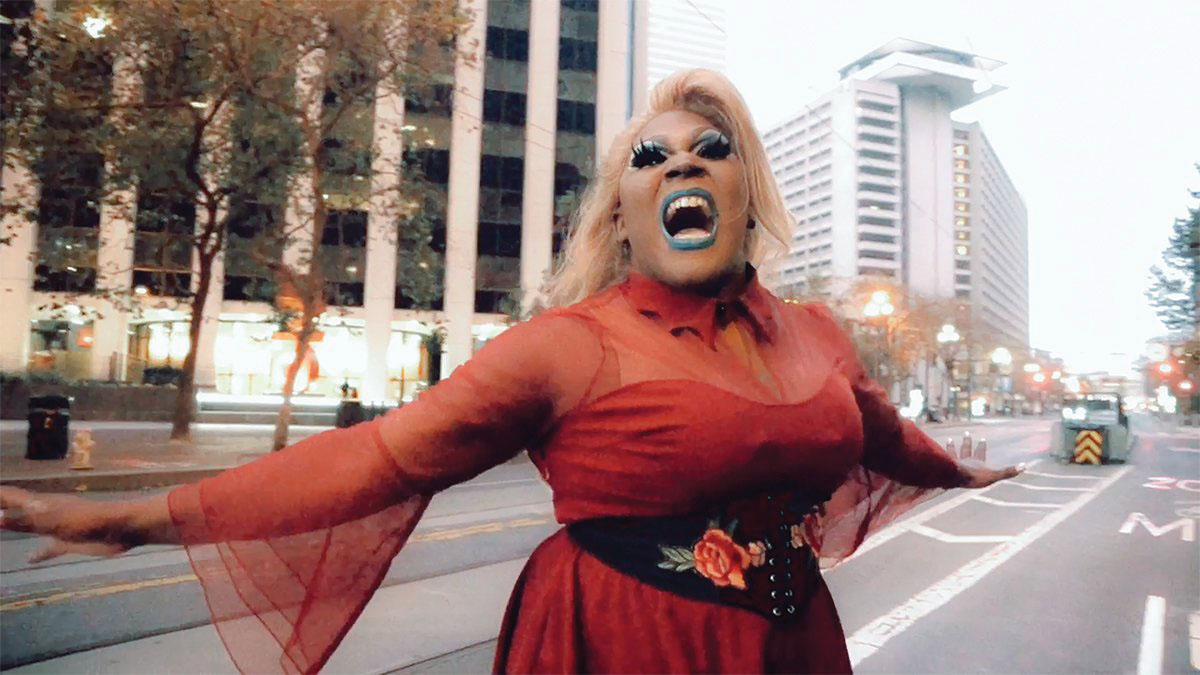 Closing night at QWOCMAO features Narissa Lee's "We Make This City." The film looks at gentrification and displacement, queer and trans BIPOC's battle to preserve the stories, spaces, and histories that etch a legacy into the veins of San Francisco. Image courtesy QWOCMAP.

This year's Queer Women of Color Film Festival (QWOCMAP) will premiere 19 films in three screenings from June 11th to 13th. The 17th anniversary Festival Focus “Molten Connections” forges new relationships, awakens steadfast bonds of diaspora, and sparks a metamorphosis of love that withstands time. From Chumash ancestors who mapped the stars, to two older queer Latinas rekindling a geode of love, to queer and transgender people of color battling gentrification and displacement, these films resonate across generations and lay the cornerstone for change.