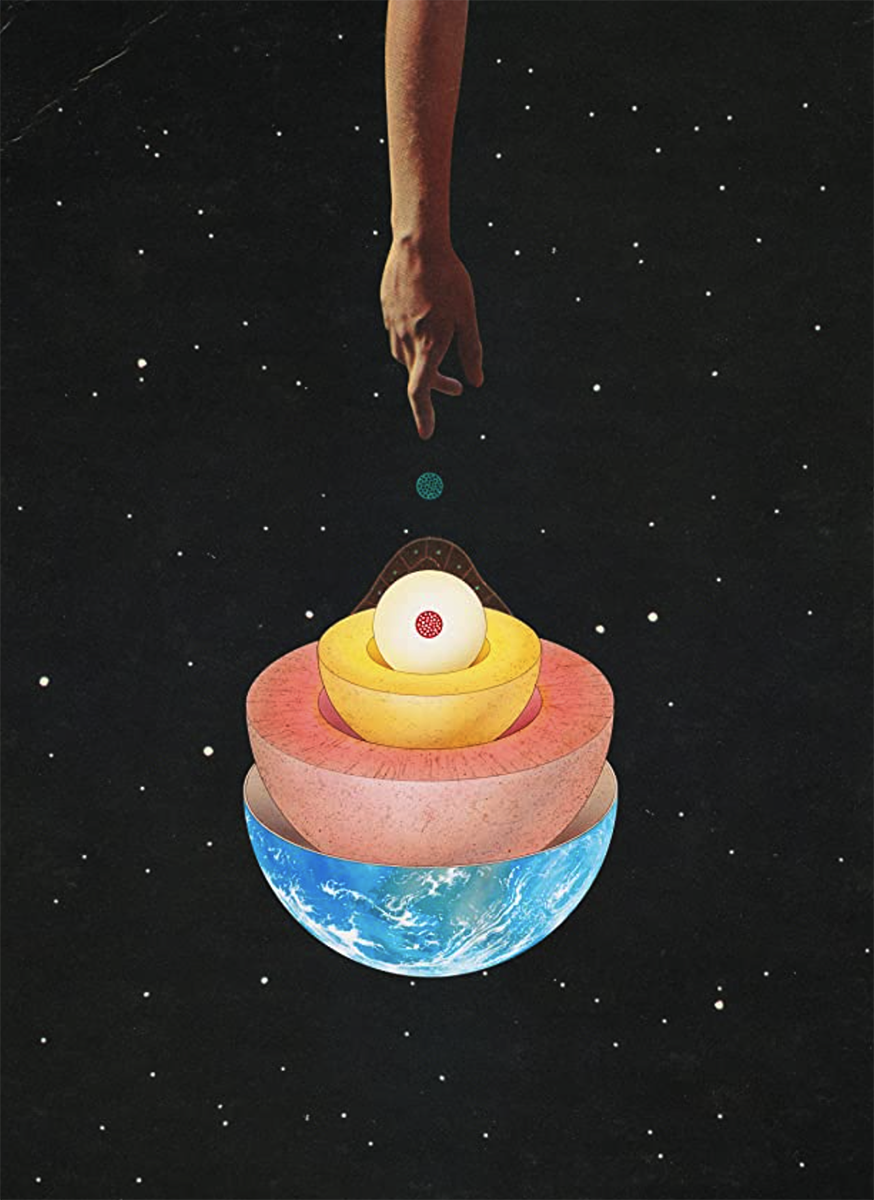 Strong Presence of Women, BIPOC and Local Directors at 2021 SFFILM

Although homegrown festivals continue to proliferate in the city and territories beyond, the San Francisco International Film Festival remains the big dog on the block. The 2021 edition rolls out with a dependably generous sampling of world cinema, shorts, and animation like Dash Shaw’s hallucinatory “Cryptozoo” about a haven for mythical creatures and a nefarious military that hatches a plot to weaponize them. 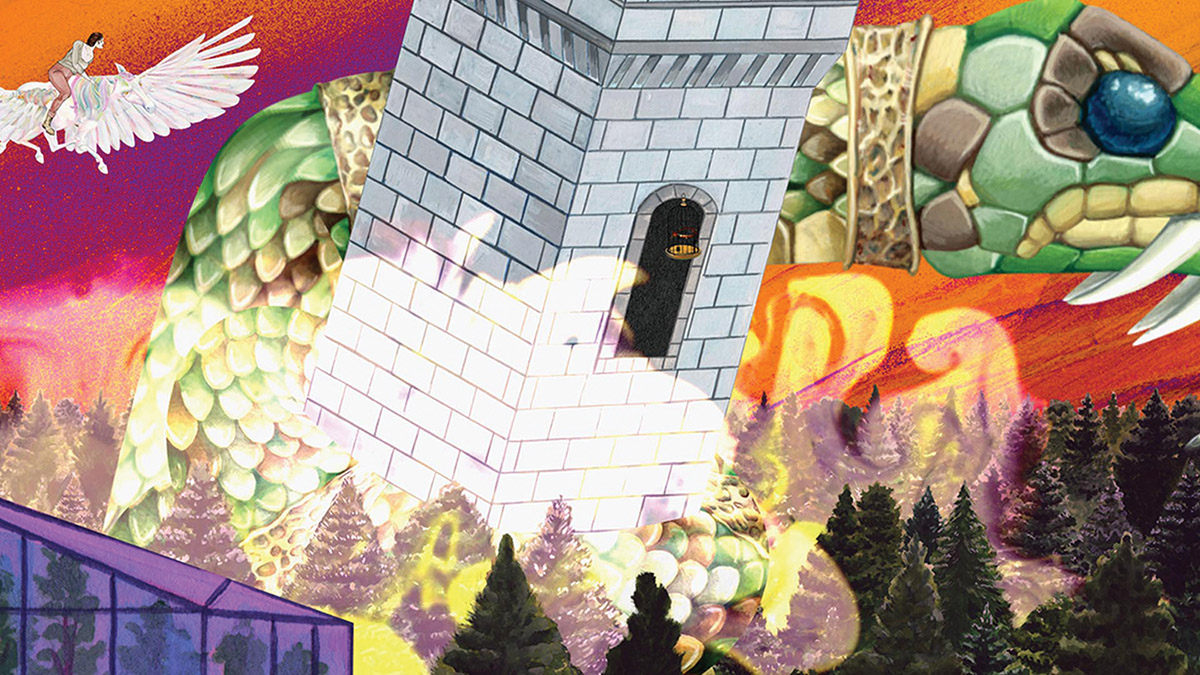 Also this year, a strong contingent of documentaries, including several from local filmmakers. Coming when many have spent months in veritable home confinement, Bay Area director Tasha Van Zandt offers viewers an astonishing vicarious journey to the other side of the planet. Featuring never-before-seen-archival footage, “After Antarctica” hitches a ride with intrepid polar explorer, Will Steger, who has spent his career witnessing dramatic changes in the nethermost regions. Thirty years after his historic, unimaginably frigid, coast-to-coast trek across the coldest and most mysterious of Earth’s continents, he’s recognized as the first to have achieved such a feat. And he may well be the last due to the disintegration of ice shelves he once traversed. Foreign and remote, “Antarctica’s interior is an extremely hostile place,” Steger recalls in the film. “It rejected us like a germ.” 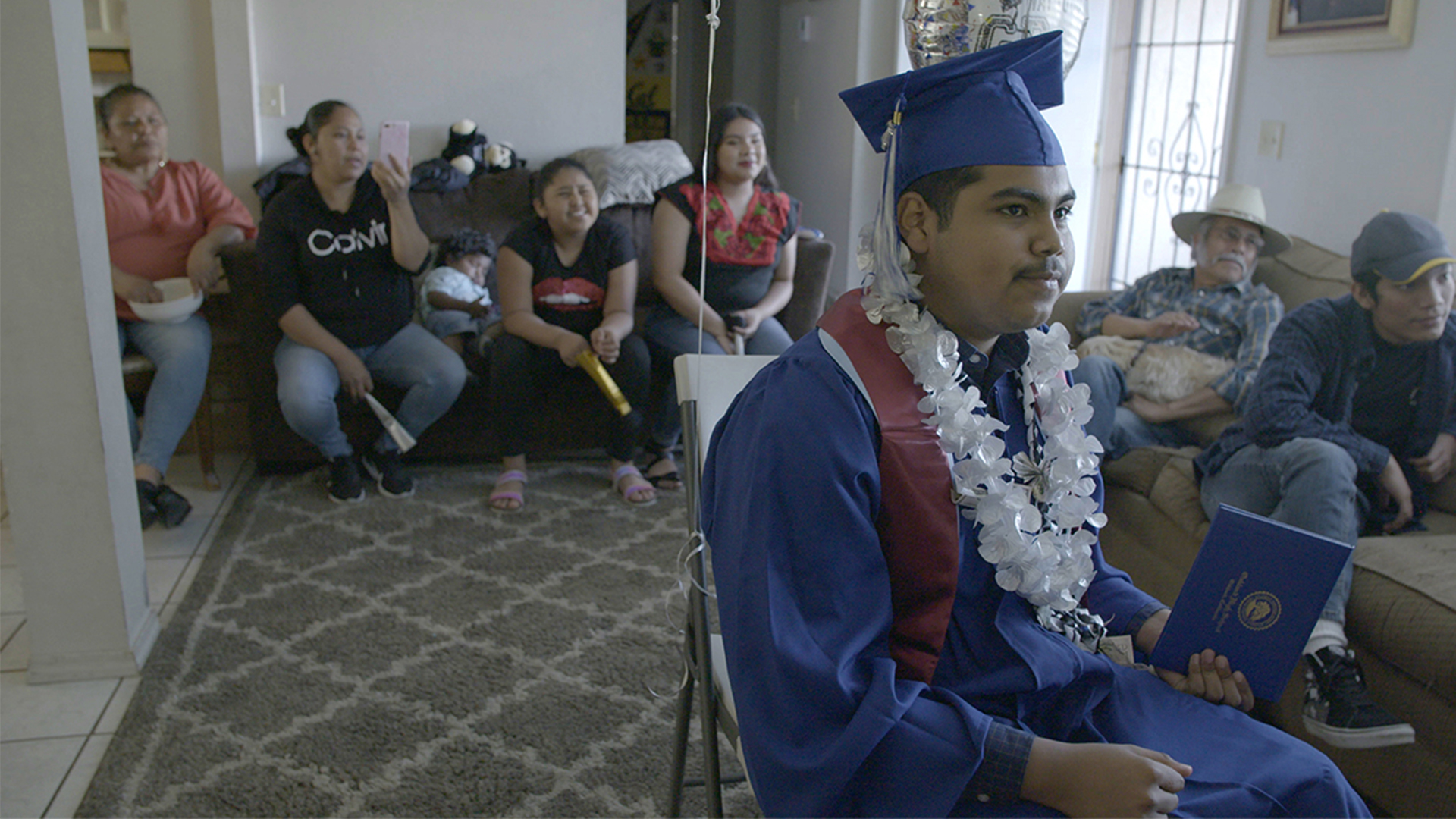 Closer to home, award-winning, Oakland-based filmmaker, Peter Nicks, adds another investigation to his extraordinary saga. Like, “The Waiting Room,” a head long plunge into the critically underfunded Highland Hospital, and “The Force,” where he went inside an embattled Oakland Police Department, “Homeroom,” is shot in a verite style. In this last chapter of his “Oakland Trilogy,” Nicks trains his powers of observation on a fraught school system hard hit by devastating budget cuts and socio-economic inequities, viewed through the lens of the initially boisterous class of 2020 at Oakland High School, not yet aware of what they’d be facing. Dispensing with voice-overs and commentators, Nicks displays his characteristic aptitude for establishing rapport and trust, honing in on a small group of classmates oblivious to the presence of cameras. No stranger to adversity, Nicks lost his daughter to a drug overdose shortly after filming commenced.

“We Are as Gods,” from local team, David Alvarado & Jason Sussberg, is a voyage into the psyche of Bay Area icon, Stewart Brand, who has quite a resume and friends like Brian Eno, who contributed the film’s score. Brand, a natural born showman often at the forefront of cultural and technological change, was the creator of the Whole Earth Catalog, a do-it-yourself late 1960s bible that has been described as a precursor of Google in magazine format. He dropped acid with Ken Kesey’s Merry Pranksters, is credited with influencing Steve Jobs and is acknowledged as the founder of the modern environmental movement. Now 81 and living on a tugboat in Sausalito, he’s still a lightning rod as he crusades to save the planet with a controversial wildlife venture called de-extinction, which is using biotechnology to revive the long dead wooly mammoth. Some former admirers openly question whether he’s gone too far this time. 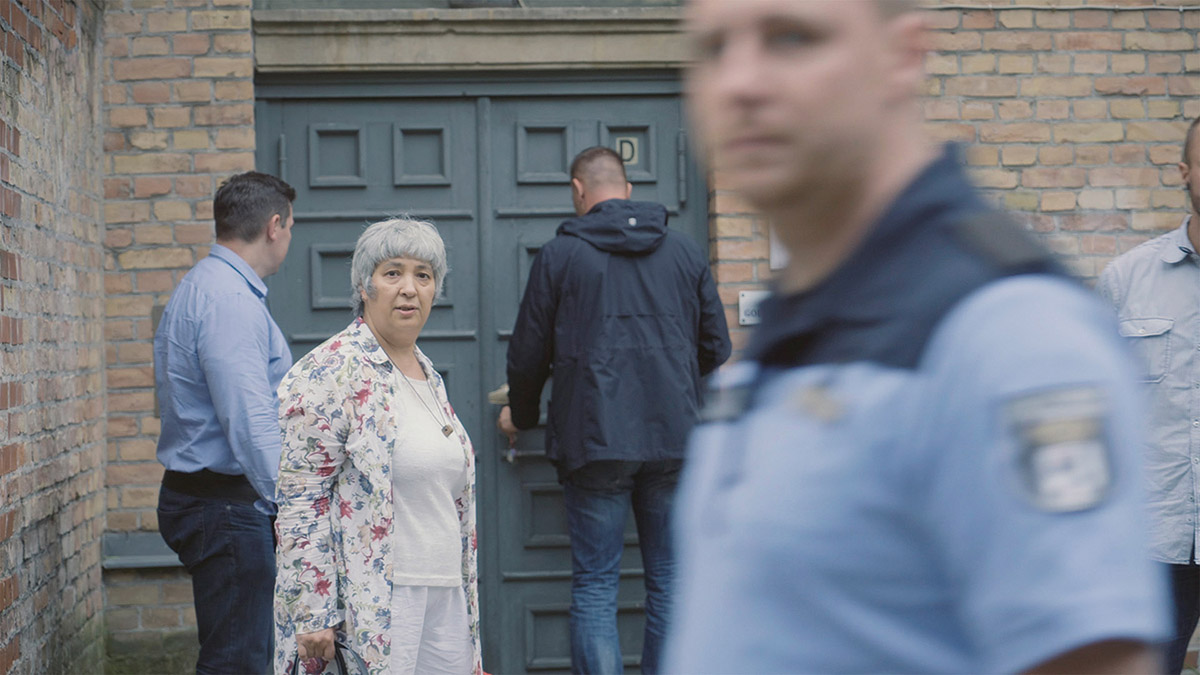 Turkish-German lawyer Seyran Ates, a Muslim feminist and one of the few female imams in Europe, has championed a sexual revolution within Islam to bring it into the 21st century and defied entrenched forces who don’t respond kindly to being challenged, especially by a woman. For her efforts, she has been the target of two fatwas, three bullets in the neck, numerous death threats and is consigned to what may be a lifetime of round-the-clock police protection. The struggles of this courageous woman as well as her rise from a childhood in the Turkish slums to inspirational leader are chronicled in the globetrotting documentary, “Sex, Revolution and Islam.”

How can you go wrong with a cast of adorable Muppets and their origin story? You can’t.  Just contemplating Marilyn Agrelo’s “Street Gang: How We Got to Sesame Street” elicits nostalgic chuckles, which are in short supply these days—remember the bumbling Swedish chef, anyone? The film focuses on the first twenty years of the beloved children’s show, from its inception in 1969, a period when using television not only to entertain kids but enlighten them was a novel idea. Agrelo incorporates humorous outtakes, vintage backstage clips of Jim Henson and Frank Oz, among others; and anecdotes recounted both by the show’s creative collaborators and players like the late puppeteer, Caroll Spinney. Spinney was the genius behind the towering Big Bird, a character that started as a dumb cluck, a bird brain, if you will, and evolved into a huggable star, and that king of kvetchers, Oscar the Grouch, a crabbyappleton who lives in a trash can and was originally orange before he turned green. No wonder he’s always in a bad mood. 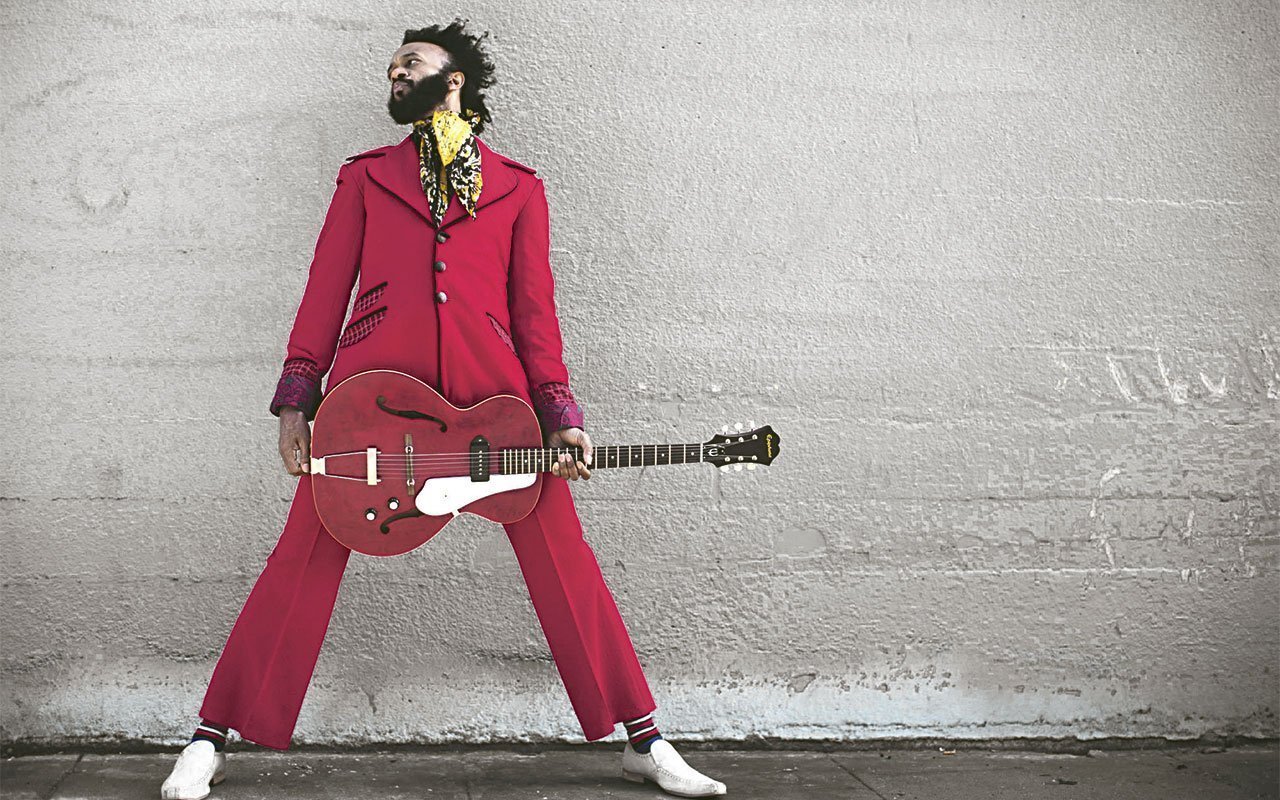 And as an extra special treat, Oakland black roots and blues musician Fantastic Negrito, aka Xavier Amin Dphrepaulezz, will rock audiences out of the doldrums—or bring them to their feet, depending — performing a live score for “Lost Landscapes of Oakland,” a compilation of clips and rare images of his hometown and the greater East Bay culled from archivist Rick Prelinger’s vault of gems.

Main Image: "We Are as Gods." Image courtesy Structure Films and SFIFF